Google ramps up AI as solution to YouTube brand safety 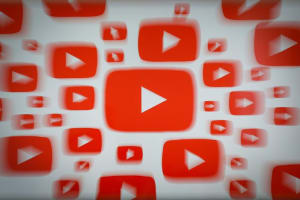 Google is ramping up artificial intelligence and machine learning across YouTube and its Google Display Network in an attempt to stop advertisers appearing next to offensive content.

A Google spokesperson told AdNews in a statement that it will be working with third-party companies accredited by the Media Rating Council to conduct ad verification audits.

"As part of our commitment to provide even more transparency and visibility to our advertising partners, we’ll be working with trusted vendors to provide third party brand safety reporting on YouTube.

"We are working with companies that are MRC-accredited for ad verification on this initiative and will begin integrating these technologies shortly," a Google spokesperson said.

The technology giant has engineers and product managers working to train computers to grasp the nuances of what makes certain videos objectionable.

A slew of major marketers halted spending on YouTube and Google's digital ad network after ads were found to be running alongside videos promoting hate, violence and racism.

Google's initial response, a promise of new controls for marketers, failed to curtail the boycott.

The crisis has kicked off a heated debate in digital advertising over brand safety and the standards of digital environments.

He said the company has flagged at least five times as many offensive videos as it did a few weeks ago.

"When we spoke with many of our top brand advertisers, it was clear that the videos they had flagged received less than 1/1000th of a percent of the advertisers' total impressions. Of course, when we find that ads mistakenly ran against content that doesn't comply with our policies, we immediately remove those ads," Schindler said.

Johnson & Johnson, one of largest advertisers to pull spending, said it is reversing its position in most major markets.

Off the back of the YouTube backlash, in Australia, a new report from SMI has found that for the first time in eight years digital media ad spend has declined.