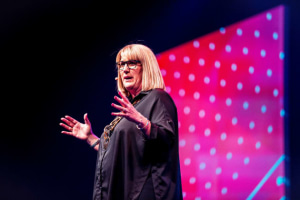 Telstra and Tourism Australia have become the latest organisations to join the YouTube boycott.

Telstra's pause on investment is particularly salient less than a year after its CMO Joe Pollard got up on stage at YouTube's Brandcast to talk about the importance of the digital media to Telstra's overall media mix.

They join a growing number of large organisations across the world, including Holden, Kia, McDonald's, Pepsi, Starbucks, Vodafone, Johnson & Johnson, Wal-Mart, Audi, Jaguar, GlaxoSmithKline, AT&T, the UK government to pull the brakes on YouTube advertising due to concerns about brand safety.

Telstra is the highest profile organisation in Australia to hit pause on YouTube.

“We have strict guidelines around our brand and advertising and we are working with Google to ensure these guidelines are upheld,” a Telstra spokesperson told AdNews.

“In the meantime we have made the decision to pause our advertising on YouTube until we are satisfied there is an appropriate level of protection for our brand.” 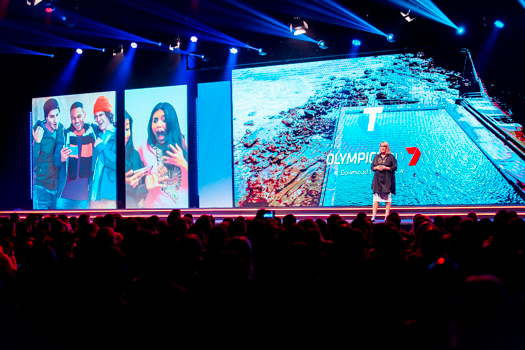 Telstra CMO Joe Pollard takes to the stage at Brandcast 2016.

The telco has increased its marketing investment on YouTube over the past two years. In 2013, it published 30 videos on the platform and in 2015 it ran more than 700 videos.

“From a performance data perspective, YouTube is 30% more efficient for us than any of our other video sources,” Pollard said at Brandcast last year.

“We only pay for the ads that people actually watch, not the ones that they skip. It’s about paying for attention that engages our customers and that makes more business sense for us.”

The Telstra situation highlights the brand safety dichotomy facing organisations on YouTube today. The video platform can be an effective and efficient media channel to promote your own organisation when you control the content, but a risky proposition when you are trying to reach audiences by advertising against randomly selected videos.

There are controls in place to mitigate these risks, but advertisers want more assurances.

Tourism Australia tells AdNews it only spends a minimal amount on YouTube in a couple of the 17 markets it targets for promotion.

“Tourism Australia takes all matters of brand safety extremely seriously and we are in close and regular contact with Google directly and through our media agency UM to better understand the situation and any possible impacts it may have,” a spokesperson said.

On Monday, AdNews found a Tourism and Events Queensland ad appearing alongside an Islamophobic video titled 'Priceless Reaction: This is how you silence a Muslim'.

Tourism and Events Queensland had a pre-roll ad appear before an islamophobic video on Monday.

The UK's advertising trade body ISBA has led a delegation of 20 advertisers in a meeting with Google about the brand safety crisis, Campaign reports.

Advertisers are believed to be pressing Google to scale up its pre-vetting process and also tightening how it classifies news and documentaries so that it doesn't include extremist content.

In a statement, the ISBA said: “ISBA and a number of its member companies held a productive meeting with Google, at which Google expanded on its actions and plans to tighten policies, make default controls brand-safe and accelerate enforcement, to create the right environment to accept advertising.”

Google is already working on tightening brand safety controls and putting more resources into the way it checks content.

AdNews understands similar talks in Australia have not yet been planned by the AANA but could be considered if the situation doesn't improve.

At present, Australia's companies have responded to the crisis in a “piecemeal” manner.