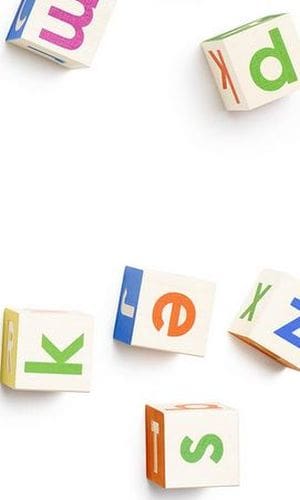 Google - one of the most well-known global brands, has announced overnight it's created a new company called Alphabet.

Alphabet Inc will replace Google Inc as the publicly-traded entity and all shares of Google will automatically convert into the same number of shares of Alphabet, with all of the same rights.

The move will see all of Google's separate business stripped out to run under the one umbrella company. The largest company sitting under Alphabet is Google - which is basically a newer "slimmed down" version of Google.

Co-founder and CEO of Google, Larry Page, said he hopes the move will make the business more accountable and functional. He said the move demonstrates it is 'taking a longer term view" about the company's future.

Page described Alphabet as a collection of companies, that he will become CEO of with fellow Google founder Sergey Brin acting as president.

“Our company is operating well today, but we think we can make it cleaner and more accountable. So we are creating a new company called Alphabet," Page said.

Google will now sit under the Alphabet umbrella, with the companies that are pretty far afield of its main Internet products contained in Alphabet instead. Such as, its health efforts: Life Sciences (that works on the glucose-sensing contact lens), and Calico focused on longevity).

"Fundamentally, we believe this allows us more management scale, as we can run things independently that aren’t very related," Page said.

"Alphabet is about businesses prospering through strong leaders and independence. In general, our model is to have a strong CEO who runs each business, with Sergey and me in service to them as needed."

In addition, Page said with the new structure it plans to implement segment reporting for its Q4 results, where Google financials will be provided separately than those for the rest of Alphabet businesses as a whole

As a part of the changes Sundar Pichai has been named CEO of  the new Google entity.

“We liked the name Alphabet because it means a collection of letters that represent language, one of humanity's most important innovations, and is the core of how we index with Google search," Page added.

“We are not intending for this to be a big consumer brand with related products-the whole point is that Alphabet companies should have independence and develop their own brands.

"We also like that it means alpha-bet (Alpha is investment return above benchmark), which we strive for! I should add that we are not intending for this to be a big consumer brand with related products--the whole point is that Alphabet companies should have independence and develop their own brands."

Alphabet will also its X lab, which incubates new efforts like Wing, its drone delivery effort.  Page said the business is also looking forward to growing its investment arms, Ventures and Capital, as part of this new structure.