Marketers have lost the ability to position themselves as growth drivers: Google 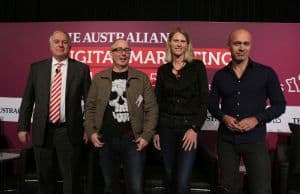 The marketing fraternity has lost the ability to position the work they do as a growth driver for a business, reckons managing director Australia and New Zealand for Google, Maile Carnegie.

Speaking at The Australian’s Digital Marketing Forum, Carnegie said that CEOs, when asked about the function of marketing in their business, said they still fail to see the growth it can drive.

“One of the things I find quite troubling particularly in Australia, as a marketing industry, is we have lost the ability to position what we do as a growth driver, and when you actually ask CEOs about marketing and ask them how they categorise it, they categorise it as the cost of doing business rather than a growth engine.

“So when you look at a lot of Australian businesses they’re actually cost saving their way to decline,” she said.

Carnegie was speaking on a panel moderated by Alan Kohler, editor at large for The Australian Business Review, alongside Stephen Scheeler, head of e-commerce, retail, automotive and QSR, Australia and New Zealand for Facebook and Martin Hosking, CEO of Redbubble, an online marketplace for print on demand products hearted from user submitted artwork.

Carnegie explained that there is no doubt in her mind that digital can drive a much higher return on investment, however what she finds sad is that the savings generated by a higher use of digital channels is going to the bottom line rather being reinvested back into the business to help grow it.

“They [businesses] should look at it as a more effective tool but not necessarily for cost saving but to drive growth,” she said.

Carnegie, who was formerly managing director of Procter and Gamble Australia and New Zealand, also commented that the days of being able to use mass marketing in order to hide from bad customer experience are over.

“The day of tonnage of marketing spent being a differentiator is dwindling. It’s all about being smarter with the spend, and it’s all about that you’ve got a product or service that actually rocks. The ability to mask over a bad customer experience through just having more marketing than anyone else is going away.

“This is because consumers are more informed than they ever have been and are getting more and more informed, so if you’ve got a bad product or a bad service it doesn’t matter how much money you throw at it from a marketing stand-point, they’re going to know.”

Scheeler agreed, saying he believes in his lifetime he will see mass marketing cease to exist.

He explained the rise of not just Facebook and Google, but other smart businesses too, that are collecting a lot of data on all of us, are trying to understand what makes us tick and trying to work out what people want to see, in order to create more relevant and targeted advertising.

“Here there’s companies like Quantium -  they really try to work with advertisers so they can reach audiences with messages that matter. Really that whole era of big data means that companies like Google and Facebook can bring people messages that area relevant to them,” he said.