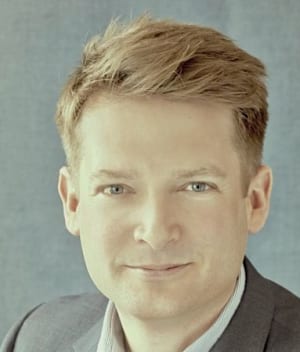 Criteo, a digital marketing solutions business which focuses on measuring return on post-click sales, has appointed Raitt as it's new commercial director for its Australian and New Zealand team, AdNews can reveal.

Raitt joins the Sydney Criteo office from a role as sales director for Spotify ANZ, where he was responsible for growing the company's advertising business. Prior to that, he worked with leading travel brands as head of travel for Google in both Sydney and London.

In his role as commercial director, Raitt will help grow Criteo’s footprint in Australia and New Zealand, developing its strategic partnerships with key senior advertisers across the retail, travel, classifieds, finance, telco, education and automotive verticals.

His focus will be on working with brands to maximise customer conversion and revenue across digital channels, and devices.

French-founded and NASDAQ-listed Criteo, which opened in Australia early 2011, has nearly 20 people in its Sydney office.

The business seems to be going from strength to strength and in its last financial update it reported record results for the first quarter 2015 and raised its full year 2015 guidance.

It also claims to have set a new global company record in client additions with more than 640 net clients added in the first quarter.

Jeremy Crooks, MD of Criteo in Australia and New Zealand, said: “David has a wealth of experience in performance and brand marketing; his expertise and contacts coupled with the ability to build high performing teams, will be invaluable in taking us to the next level” said

“He is a proven strategic consultant working with direct clients and agencies, to deliver the highest levels of ROI and service. We are thrilled to bring him onto the local Criteo team as we endeavour to cement our market-leading position and develop a progressive culture."

Criteo offers a form of display advertising - using personalised retargeting and interactive banner advertisements based on the online retail browsing preferences and products for each customer.

Advertisers only pay only for the consumers that click on the banner and return to their website.