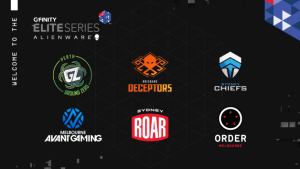 Every match during Season one of the 2018 Gfinity Elite Series Australia will be broadcast online exclusively through the platform.

The company has also entered in a second broadcast deal with Ten, this will allow Ten's multichannel, One, to broadcast the series on television.

The three-hour broadcast airs each Sunday, live from 10am to 1pm on One, while Twitch will stream both Saturday and Sunday competitions across a variety of games.

“Esports in Australia and New Zealand is growing at a phenomenal pace. We are happy to be part of the next step in the Gfinity Elite Series Australia,” Twitch partnerships associate ANZ Lewis Mitchell says.

“Our partnership with Gfinity Esports Australia will bring all viewers together in the one place they feel most at home as they enjoy the competition with other like-minded fans.”

Gfinity Esports Australia CEO Dominic Remond says the company was excited to be able to secure both partners as the demand for the sport grows in Australia.

“We are very excited to be partnering with Twitch as the home of the inaugural Gfinity Elite Series Australia. We know they have a highly engaged audience and are the preferred platform for the esports community in Australia," Remond says.

“Network Ten is one of the leading entertainment companies in Australia, with a long tradition of bringing fun and engaging content to viewers, and we’re thrilled that audiences will be able to tune in to watch the live Rocket League matches each Sunday on One."