Nova looks to reach the next level with new esports deal 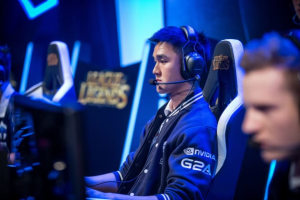 Nova Entertainment has entered into an exclusive strategic partnership with ESL, the world’s largest eSports company.

As part of the deal, Nova will be responsible for all of the ESL's promotional assets, as well as the marketing strategy for its IEM Sydney and the ESL AU and NZ Championships.

"For us the key objective is to make eSports relevant, real and meaningful to the masses. We will be using all of our assets, not just on air, but also Goat as a new platform for us and the podcast space as well," Reay says.

"We want to make it something people can engage with and not just from a niche perspective. For us it is trying to be as mainstream as it possibly can."

The new mobile-only site launched this year and is targeted at millennial consumers, offering pop culture, entertainment and general news.

According to Nova digital commercial director Kane Reiken, the Nova Network currently reaches a bigger audience on its Nova digital network than Pedestrian and Junkee, tapping into an audience of 1.54 million young people every week via its broadcast channels.

The network will also capitalise on existing sports based communications, such as its regular sports bulletin, to generate interest and share original content around ESL.

"Goat is an exciting platform for us to build content around, obviously there will be ads, but building content around eSports is what really excites us," he says.

"Using Goat as a mouthpiece, whether it's articles, whether it's video content, whatever it may be, we certainly see Goat acting in that role for the sport."

Nova's decision comes off the back of research that has revealed the Australian eSports' fanbase has more than doubled in the past five years, with global audiences expected to grow 14% to 380 million viewers in 2018.

Reay says nothing is off the table when it comes to pursuing new avenues for the sport, including popular content sharing mediums such as live streaming, which, in the esports space, is dominated by Amazon's Twitch platform.

"We are working on various eSports opportunities here at the moment and we hope to make further comments around this space in regards to live streaming plans," Reay says.