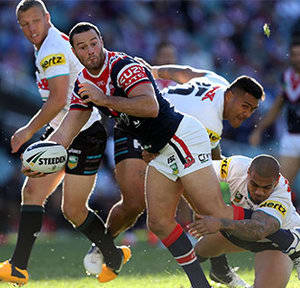 A new five-year sports rights deal, worth about $1.8 billion, between Fox Sports, Nine Network and Telstra, is understood to have been inked yesterday afternoon.

Closed door talks are said to have taken place overnight on Wednesday and into Thursday, with the deal for the purchase of the Saturday night game by Fox from Nine for $35 million a year, or $175 million over the full five-year contract, being sealed.

As part of the deal, it is thought Fox Sports will launch a 24-hour dedicated rugby league channel in 2017.

The Daily Telegraph has reported the figure was reached after “exhaustive haggling” between the two parties.

The newspaper also reported that in a first for the game, there will be a Friday 6pm game to be screened on Fox Sports. It said the Friday night game has been a key component for Fox, which would televise those matches from Auckland and Queensland.

In August, Nine secured the NRL free-to-air and streaming rights for the 2018-2022 seasons in a deal worth $185 million per year.

The agreement sees Nine broadcast four live games a week on Thursday, Friday and Saturday evenings and on Sunday afternoons. In addition, Nine will be able to broadcast finals series, State-of-Origin and other special event matches.

In other sports rights news, earlier this month Optus won the exclusive broadcast and digital rights to the Barclays Premier League.

Optus CEO Allen Lew said this is another significant step in its strategy to become a mobile-led multimedia company.

“We are dedicated to delivering the best domestic and international entertainment for our customers. With 930 million followers worldwide, the Premier League is one of the most sought-after sports properties for content providers,” Lew said.