AFL and NRL deals: what it means, who's impacted and who will trade? 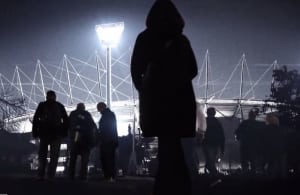 With the news breaking last night that the AFL had inked a $2.5 billion dollar deal with Seven, News Corp and Telstra across a six year period, questions arose as to what this means for networks, advertisers and also viewers.

While the broadcast deals have been out in the market for some time, both deals generated the big dollars they were expected to, with the AFL in particular, trumping expectations to the tune of $500 million dollars.

Certain intricacies in the contracts also lead to speculation as to who will trade games with who, where, and if at all, and what will it mean for the TV landscape.

Speaking with AdNews, Theo Zisoglou, head of trading for Match Media said both the NRL and AFL have done very well out of these broadcast deals.

“In a market where live sport is one of the remaining content categories that continue to deliver an engaged mass audience there is no surprise that the price went up,” he said.

While Zisoglou noted that “only time will tell” when it comes to what it will mean for the whole market, he said there is a risk the advertising models will scare off some advertisers if there is a price hike.

“Viewers may receive a more ad cluttered telecast and the networks may struggle to get the return they are after,” he said. “A prime example of this risk is the Tom Waterhouse/Nine/NRL sponsorship after the last deal was done – understandably Nine was trying to recoup their cost, but the backlash from viewers and the general public about the impact of the quality of the telecast meant the integration needed to be watered down almost immediately.”

It's not all downside and risk however, Zisoglou said: “The reward is it may open more opportunities for advertisers on different platforms which may be more engaging, it will make all telecasts more accessible to more viewers on more devices and it may help boost overall TV viewing numbers with more live sport on the free-to-airs.

“For networks it also provides the platform to pre-promote all their other programs and this is a crucial part of the demand for these properties.”

Zisoglou noted that from an agency perspective, this will have no impact on most clients, and it won't massively impact agencies.

“We will continue to analyse TV schedules and programming based on reach and cost. The categories targeting men will definitely feel the impact – gambling, alcohol and motoring are very competitive in this space so simple supply and demand will dictate that they will be willing to pay more to access the content and lock out competitors.”

Network Nine's NRL deal has pushed speculation it might be looking to trade NRL games with other or on sell games to rivals, but how likely is that to happen, and how would it impact the TV landscape?

ZenithOptimedia CEO Ian Perrin told AdNews he thinks any trading or on selling of NRL games would be unlikely as it would “dilute” Nine's offering.

“Nine have struck early and paid a premium rate for the NRL rights, which suggests to me they are absolutely committed to retaining their position as the home of NRL,” Perrin said.

“I would therefore be very surprised if they decided to dilute this by offering other networks the opportunity to show NRL games.”

OMD CEO Peter Horgan agreed that outside of scheduling clashes or where the network felt the schedule was “too full of football” he couldn't see where offloading to linear TV competitors would be a likely scenario.

“They paid a premium to been seen as the destination of sport or to have this brand halo, so it would be surprising but no impossible,” Horgan said.

“It's a massive position and it's taking on a position that is going to keep your platform top of mind for advertisers.”

The speculation surfaced as Seven, Foxtel and News Corp announced a sports-rights record deal for $2bn over six years for the AFL. In an investor conference today, Seven West Media CEO and MD Tim Worner rejected the idea that Seven might also consider on-selling AFL rights, noting there is no ability to trade games with other networks in its deal.

“It was hard enough to get them [the rights],” Warner joked. “But it is not something we would be willing to consider and we do not have a sub-licensing right.”

“In the battle for viewers, the importance of live sporting rights for networks is growing rapidly and the investment reflects this,” Fenner said.

“It is not surprising that the networks are looking for even more avenues to leverage high investment sporting rights to gain incremental audience share.

“So I would argue that there is more value for Nine in maintaining exclusive FTA rights and looking for new opportunities to increase return and audience growth from live sport through innovation.”

Maxus CEO Mark McCraith said a landscape where other programs tend to be fickle with ratings, sports is a guaranteed win for networks.

“Without a big sport plank in your programming schedule you're going to be running very lean and taking a lot of risk and hoping it's going to work.”