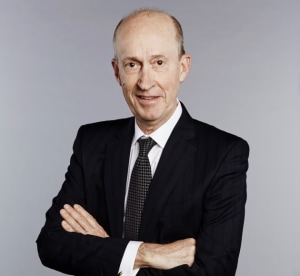 Bauer is still reeling from its $4.5 million fine handed down by the court following the Rebel Wilson case and it's unclear how it will affect the business. The controversy it faced this week trails a checkered past in Australia.

Since buying ACP magazines in 2012, German-owned Bauer Media has struggled to crack the Australian market. It's had a stream of CEOs and closed several magazines after failing to implement European business models Down Under. But CEO Paul Dykzeul, who has been in the role for three months, believes the business is far from dead but admits big changes are needed.

“I haven’t come to manage the status quo. I’ve come to change the business and move it on,” Dykzeul says in a passionate and honest interview with AdNews.

“The business needs change. I’ve had a lifetime in magazine business working in New Zealand for nine years. I know the business from its current days and I’ve had a really good look at structure and whenever you change a business you start at the top... We are a long way from dead.”

In his first move, Dykzeul has announced it's integrating its custom publishing arm, Bauer Works, within other facets of the business and restructuring the executive team. As a result of the integration of Bauer Works, which Bauer denies is a closure, director of operations and general manager Eugene Varricchio will depart at the end of September.

The company will now have two general managers of publishing, with Fiorella Di Santo, who was previously sales director, also stepping into the position along with Jayne Ferguson. See below for the other executive moves.

The decision to move Di Santo into a content role from her previous sales role reflects the new commercial focus Dykzeul wants all staff to take on board. He says previously editors haven’t been responsible for the bottom line but they will be refocused towards commercial imperatives.

“Our business is a very strong business but it needs strengthening and we have to prepare it for growth. There is continuous speculation about the state of the magazine and publishing business. But it’s still a damn good business, it just needs some refining,” he says.

The changes needed in production to keep Bauer sustainable have been the main driver of the restructure, he explains.

“Do I think that the end of magazines and newspapers is on the horizon? No I don’t. God forbid that. But the model for producing magazine and newspapers needs to change – the way that you do it, rather than what you are doing.”

Commenting on reports that former Nick Chan departed due to “frustrations” with the Bauer owners, Dykzeul says the Bauer family is “incredibly passionate” about the Australian business, however they’d like to see it improve. He denies rumours the Germans are looking to sell the Australian arm of Bauer.

“There is continuous speculation about what the Bauers are going to do in Australia. But they love Australia. They don’t sell businesses, they like to fix, change and grow things. When you look at their global business, they have been extraordinarily successful in that. They’ve taken a historic, traditional magazine publisher to a digital business to a radio business and are looking at other opportunities.

“Yes they want us to be better at what we do, but if you are an owner, of course that’s what you bloody well want and that’s what I’m here to do.”

Leaving after only 12 months, Chan’s exit was a shock to the industry. The market initially connected his departure to the Rebel Wilson court case, but at the time, sources close to Chan said the real reason he left was because he no longer shared a vision with his German bosses for the company’s future.

Industry sources told AdNews when Dykzeul was appointed, he would be more open to guidance from his German counterparts and more likely to run it on their terms.

Under Chan's leadership, Bauer sold off five of its adventure titles and axed several magazines as part of a wider "viability audit". He introduced a streamlined approach to Bauer's magazine categories, focusing on five consumer and customer segments, including women’s entertainment and lifestyle, homes, food, fashion, health and beauty, and motoring and trader.

Dykzeul admits there is likely to be more staff cuts and magazine closures but was unable to provide specifics.

The cuts are likely to impact the magazines that don't fit into the five key categories, with Dykzeul adding magazines "in isolation always have problems".

“We need to change the way we do things and that will mean that we will lose some people and close some magazines. I’m not embarrassed or afraid of that. If you aren’t doing that in any business you are in trouble,” he says, adding that the industry needs to move past its fixation on the stigma of failure.

“I find it a desperate irony in the publishing world, whenever something closes that people think it’s a failure. In every other business, things launch and close and no one says a thing. FMCG clients launch products that fail all the time and retail businesses will open new spaces and close them.

“I really want to move the business to a 'move fast fail fast' model. If it doesn’t work, don’t die in a ditch over it. Just get over it and move onto the next thing.”

To the frustration of the Australian media, Chan refused to do a single interview in his 12 months as CEO at Bauer. The business has been notoriously quiet over the last three years, which Dykzeul believes has been detrimental to its perception in market

He is taking a “no bullshit” approach to his relationship with the Australian media, promising to be more vocal in the market and be completely transparent in telling Bauer’s side of the story.

“I am happy to talk about what we are doing and I’ll happily talk about our business. We’ve probably thrown a few really good upper cuts to ourselves in many ways and that’s not a criticism to the people before me but that’s just the circumstances they were in. That’s what they thought was right, but that’s not me.”

Despite having over 30 years’ experience across media and publishing, Dykzeul hasn’t lost any of his passion for the industry.

He says he’s had the “time of his life” working across Murdoch Magazine, Pacific Magazines and Bauer. He wants to inject Bauer with some of this passion that which has been lost along the way.

“They’ve been beaten up internally and externally. They’ve had a tough time around second guessing themselves as well as with the outside media. Having a few conversations isn’t going to change that - I’ve got to demonstrate that on multiple levels and not everyone will get it, but I’m going to do my best.”

When asked about keeping the morale at Bauer high while further cuts and consolidation continues, Dykzeul promises to be upfront with staff, adding they won’t find out through a memo.

“We’ve done secret squirrel stuff in the past and I don’t think we’ve done it well,” Dykzeul says. “Any news, they’ll hear from me. They won’t read about it. I don’t write fucking memos.”