Finder CMO says brands must wise up to voice marketing 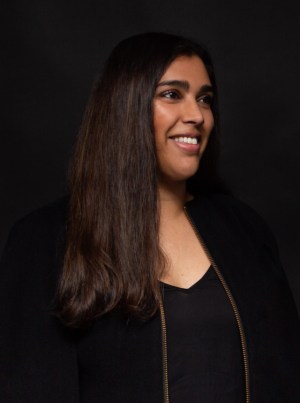 As voice automated devices continue to burst onto the scene, marketers must stay on top of the trend or risk being left behind, according to comparison site Finder's CMO Malini Sietaram.

Speaking at Finder’s 2019’s Most Disruptive Trends event in Sydney, Sietaram said the industry needs to make sure it’s ready for the next stage of the technology now, before it's too late.

She explained how banks must capitalise on this trend and notes Domino's for its effort to incorporate voice into its customer experience.

“If companies don’t get ahead now and start testing how they can successfully connect with their customer through voice, they might not be able to catch up," Sietaram said.

“A lot of disposable income will be used and monetised through voice and this is something you need to capture."

Her views follow others in market who have been speaking about the rise of voice, with PwC chief creative officer Russel Howcroft telling advertisers to apply old advertising lessons to the new technology. Unilever chief financial officer Graeme Pitkethly also highlighted the importance of voice, saying it’s the biggest priority for the company in the new year.

While Google and Amazon currently dominate the voice space, Sietaram expects other new players to enter the game and not to underestimate Facebook’s ability to grow in voice.

She also said voice isn't just for big brands and encourages all businesses to get involved.

“Smaller businesses who don’t have a lot of budget can leverage the technology of marketplaces like Amazon and, as of January, Finder, through the Finder assistant,” she said.

However, a challenge looking ahead for voice is data security - with Sietaram adding that she wants to wait to see how GDPR and data privacy could reduce the effectiveness of machine learning.

A report by OC&C Strategy Consultants predicts that by 2022 voice search will generate US$40 billion. Another study by US analytics company ComScore says 50% of all searches will be voice in 2020.

Sietaram says there are five key lessons marketers need to know when developing their strategy around voice to tap into new customers.

The first is long-tail search, as voice searches increase in length to an average of five terms.

“People don’t talk the way they type,” she said.

“If you hear my emails I’m very eloquent, but if you hear me talk it’s a blubbering mess.

“So all of a sudden we need to figure out what someone is saying. For example when they’re cooking, and that’s very difficult to do.

She said it's “frightening” that 96.5% of all voice searches will only be searched 50 times a month, which is “a lot of work”.

The second lesson is to exploit the rise of the ‘near me’ searches, which according to Google has increased by more than 130% year on year.

Thirdly, marketers need to get the pricing right, given that Google’s voice search has a stronger pricing algorithm than what it uses for traditional searches.

“29 words or less is ideal and you need to understand what they’re doing, with 61% of people who use voice search being busy.

“They’re chopping onions, changing nappies and yelling at their dog so we have to find an experience to cater to the customer.”

The last lesson is loyalty, with loyalty to brand and frequency of site visits built in the algorithm that Google uses.

“So the more loyal you are, the more loyal customers you have and Google is using it as a predictor as they only have one shot to give you the right answer.”

Aussie brands including Airtasker, Hipages, Seek, Energy Australia, Qantas and NAB were quick to ink deals with Amazon Alexa, as the technology became available nationwide from February this year.

Media companies such as SBS, News Corp, REA, Ten News, Sky News and Fox Sports also got on board with Google Home in 2017.