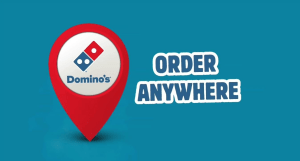 Domino's says it is now an 'AI-first business' as it launches a host of innovations geared around artificial intelligence technology.

It is launching an AI voice controlled robot that allows people to order food using voice as well as a Facebook Messenger bot that uses AI to better serve customers with deals.

CEO Don Meij says it's a "genuine platform shift" for Domino's. Back in 2009 when Domino's launched its mobile app it claimed it was a mobile-first business, now Meij says the AI launch of DRU Assist is "more Significant".

"This is more significant than when we launched the app, it's something our peers don't have. We think we're building the most sophisticated member of our team," he says.

"It's not just for fun ... It's not a toy. We're not just throwing [innovations] out there like darts. In 2017 Domino's is going from mobile first to AI first. From this year on we will be developing all our platforms with a view to engaging with AI and machine learning first as we adapt to all the different devices in society this is really big. In our belief this is platform change.”

A beta version of DRU Assist will go live in Australia on 6 March and while it's in its infancy, Domino's thinks it is already "proficient"  and won't fail or get orders wrong. However, it is open about the fact it is new and on a journey. Meij believes by the 20 March the machine learning capability will be much improved and it's prepared for bumps along the way.

The voice interactive robot DRU Assist will help customers order and pay using voice commands so there won't be any more scrolling and tapping, according to Candice Cummings, Domino's digital projects manager. An ad campaign. designed to communicate the functional as well as the humourous aspects of the voice controll system, will launch on TV, digital and print from 6 March.

DRU Assist (named after the Domino's Robotic Unit) will help people shortcut the menu when ordering, and managing delivery and pick up of orders. It believes it is a first for online retail in Australia, adn one of the most sophisticated AI platforms there is as it can handle 1.2 million different pizza recipe combinations.

Cummings says "It's not a toy, it's real. Every single customer interaction will help it learn and train it."

Down the track Domino's hopes that the DRU Assist tool will integrate with connected home systems such as Amazon's Alexa and cut mobile devices out of the equation.

"It's something for the future, these platforms aren't available in Australia yet but we want to be ready and take DRU there when they are," she says.

In the same way that Apple's Siri has quirky responses to amusing requests, the DRU platform has also been programmed to deal with funny questions such as marriage proposals, as well as respond to swear words. A dedicated team is monitoring every question it gets asked to make sure the responses are appropriate and adopt the outputs when required.

Domino's marketing director Allan Collins tells AdNews the DRU platform will eventually help the company market better with more effective targeting based on the insights it gathers about customer behaviour.

Domino's also updated the market on its drone delivery service, which launched in New Zealand last year and is in development for a number of other markets, including Australia, depending on regulatory changes.