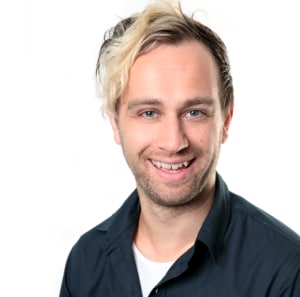 An integration with Married at First Sight may have contributed to comparison website Finder.com.au crashing last week, but founder Fred Schebesta isn’t convinced about the effectiveness of the TV.

Speaking to AdNews at Socialbakers Engage Bali Conference, Schebesta said despite the brand’s previous investment in the medium, he wants to focus on evolving mediums.

“TV is good from a branding perspective but I am worried about the effectiveness of TV long term,” he said.

“I think the audience is moving onto other platforms and I know a lot of people that don’t watch TV. What we are trying to do is move past that.”

Schebesta said that Finder chooses to use TV “tactically where it’s required”, such as through integrations with unique shows or popular sports.

Last year, Finder launched a $15m ad campaign as part of a sponsorship deal with the Big Bash League. This year, Finder came on board as a sponsor of Nine’s Married at First Sight.

“We weren’t the biggest sponsor of the BBL. We only got a small piece so I’m not sure how effective it was. I would have liked more presence there,” he said, adding that Finder could have also upped its integration on its own assets.

While Schebesta believes the BBL could have delivered better results, he is, so far, satisfied with Finder’s tie up with Married at First Sight.

He said it has driven a significant lift in brand awareness as well as traffic to the site. In fact, running an ad promoting a 72 hour flash sale during Married at First Sight led to the site crashing as consumers flocked to cash in on the deal.

Finder, which is turning nine this year, is expected to announce another sports sponsorship deal shortly.

To achieve its goal of being “as big as Amazon”, Schebesta said the company also aims to ditch display advertising this year.

“Display advertising is good for awareness, but Finder needs to become more creative and find more creative ways to have the same impact. I think banner blindness is rife,” he said.

“From a brand awareness perspective, display is strong but from a call to action or click perspective, it’s brutal.

“We are trying to find new ways to drive awareness around offering customers more value, like the 72 flash sale we recently did. We have to push back to move forward.”