Fairfax will split from Domain, print ad revenue down 16% 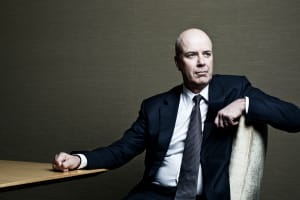 Fairfax Media has confirmed it plans to split out Domain into its own entity to maximise shareholder value as the media company’s print ad revenue continues to decline at a rapid rate.

Metro publishing advertising revenue, which includes the Sydney Morning Herald, The Age and The AFR, was down 16% to $124.3 million and circulation revenue was largely flat (up 0.9% to $114.8 million) with a 22% increase in digital subscriptions offsetting shrinking print circulations.

Total metro newspaper revenue was down 8.2% to $279.1 million. Fairfax Media CEO Greg Hywood blames the drop in ad revenue to a weakness in the retail and motoring categories.

Fairfax Media's community newspaper revenue was down 12% to $225.6 million while its New Zealand operations declined 4% to $159.2 million.

With the appointment of former Huffington Post CEO Chris Janz as MD of the business’ metro publishing arm, Hywood says he expects to see impressive product and technology development work that will be the “centrepiece” of the metro’s next generation publishing model.

Janz’s new role cements Fairfax’s digital focus, however Hywood remains adamant the company will continue to print its publications daily “for some years yet”.

“While we have considered many options, the model we have developed involves continuing to print our publications daily for some years yet. This is the best commercial outcome for shareholders based on current advertising and subscriptions trends,” he says.

“Our cost reduction programs underpinned a 5% decline in operating expenses, notwithstanding continued investment in our growth businesses.

“Our three publishing businesses maintained an intense focus on cost reduction, a stronger emphasis on digital publishing, and made progress in building new revenue opportunities.

“We are pleased with the continued profitability of our publishing businesses in the face of the largest structural change in the industry’s history. This is remarkable performance, which few publishers have globally matched.”

Subject to a vote from shareholders, Fairfax will continue to own a controlling majority of Domain, between 60% and 70%, if the spin-off goes ahead. At present, Fairfax doesn't intend to raise new capital.

Hywood said the time is right for Domain to consider taking the step towards being a separate entity. The real-estate business delivered 15% growth in digital revenue in the latest half-year results, however, print advertising continues to struggle.

Operating expenses increased 19%, with digital expenses up 44%, as Domain continues to invest in product, sales, technology and marketing. Print expenses declined 11% as a result of cost-cutting across the group.

“It has achieved the scale in revenue, earnings and audience needed to operate as a standalone entity. Domain Group CEO Antony Catalano will continue to lead the exceptionally talented management team which is driving the strong performance of the business.

“The separation of Domain would further reshape the Fairfax portfolio by adopting a more flexible corporate structure to maximise shareholder value.”

Domain has grown its audience with total visits up 13% in the six months to December, with mobile visits increased an impressive 27%, with total app visits up 23%. Mobile app downloads now exceed 5.3 million.

"Domain has a strong competitive position in mobile which generates 70% of its leads," Hywood says.

The decision to proceed with the Domain separation will be subject to a number of conditions including satisfactory outcome of engagement with the Australian Taxation Office and a shareholder vote.

Stan, a joint venture between Fairfax and Nine, has "exceeded and culminated" in the latest results, delivering its biggest ever month in subscriber sign-ups.

As of 13 February, Stan has more than 700,000 active subscribers. The SVOD service expects to breakeven during FY18, with Hywood adding the business is on a "clear path to profitability".

In October of 2016, Stan CEO Mike Sneesby outlined his expectations for improving momentum in subscriber sign-ups based on the 2017 programming line-up. Read more about Stan's rapid rise.