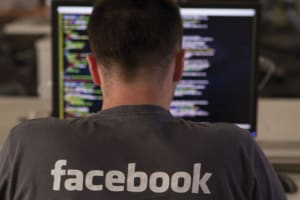 Facebook will soon allow publishers to use its messaging app as a new platform for sharing stories, according to the Tech Times.

The move means users will see content, similar to what they already see in their News Feeds, but within their message threads – giving publishers yet another area to grab more eyeballs and clicks.

Early rumours also suggest that Facebook is working on a software development kit that would enable developers to create Messenger-based chat bots. It was said that these developers who are testing out the new software also include publishers.

It is thought one of the earlier tools that developers began testing this year was a chat bot-plugged Messenger, allowing users to request Uber rides using a Messenger conversation thread.

Last year Facebook rolled out its Instant Articles platform in the US allowing publishers to post content directly through the platform. It offers interactive tools, auto-play videos, interactive maps and audio captions, and Facebook claims that it improves the speed at which news stories can be viewed by as much as 10 times compared to standard mobile web articles. It works using HTML and RSS feeds.

Fairfax was the first local publisher to join the Australian launch of Instant Articles, coinciding with a tweak to the platform that allows more ads to appear within content - suggesting perhaps it may be the first cab off the rank to explore using content within message threads?

The publisher offers readers of its The Sydney Morning Herald, The Age and New Zealand site Stuff.co.nz an “immediate, radically improved and more engaging mobile experience” than what it offered previously.