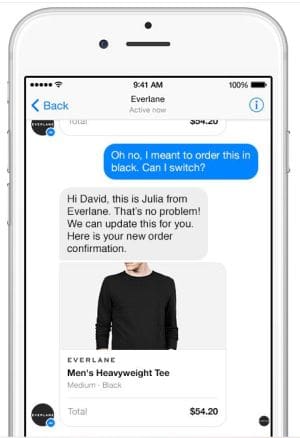 Social network Facebook announced it's opening its Messenger apps to developers, giving them access to its third-party data.

Facebook made the announcement earlier this week at its developer conference, F8, with the social network outing a raft of new add-ons that had already been developed for the app.

More than 40 add-ons have been developed including gifs, extra stickers and Messenger now gives users to use external apps to share content directly into Messenger.

This move takes the the service from not only an app but to a platform where developers can enter the apps ecosystem.

Facebook's founder Mark Zuckerberg told the conference that the Messenger app now has 600 million users and this is an exciting next step for the app.

“Messenger Platform is a new platform that developers can use to build apps that help people connect with the more than 600 million people that use Messenger to communicate every day. By opening up Messenger as a platform we're going to express how people express themselves in rich new ways and make their conversations better,” he said.

“There's going be a lot of things we can do with Messenger platform over time, but this is a really exciting big new area and opportunity but we want to start small and focused today.”

Zuckerberg also told the conference that Facebook has plans to launch an associated service called Businesses on Messenger.

This means that brands and businesses could use Messenger instead of email, meaning that brands could have conversations with people through the Messenger app, about everything from product information to potentially purchasing products through Facebook's Messenger platform.

This move is similar to that of what China's WeChat already allows, people can currently book movie tickets and taxis for the app, however with no concrete information around if this will be a paid service it is unclear if Facebook will be using Messenger for Business as another revenue stream.

This could also reignite the debate around privacy and Facebook, if the social network is allowing brands to buy their way into its app ecosystem.

However if done right brands could have a more personal and engaging conversation with its consumers, and Aden Hepburn, managing director and ECD for digital agency VML, told AdNews that if brands get it right and there's value in it for consumers, it will outweigh any controversy around the service.

“The cool edgy brands, the innovative brands, will be the first to play in the space because they have less to loose and more to gain,” Hepburn said.

“The big global brands and the family brands will sit back and wait to see how the public reacts to the data intergeneration to their personal chat app. In the long run the controversy will be swapped for utility.”