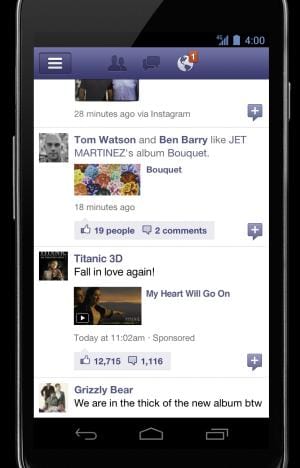 Facebook is kicking off its Australian Atlas push this week, targeting what it sees as a gap in the Australian market.

The relaunch of the selling platform was announced in September last year, post acquisition from Microsoft.

The aim of the tool is to track users across devices using Facebook IDs rather than by cookies, which it says are simply inefficient and do not track across mobile devices.

The head of Atlas, Erik Johnson, is in Sydney for the ad:tech conference and is using a deal with media agency Omnicom to push the platform on brands. Omnicom is using Atlas to allow advertisers to serve targeted ads to consumers no matter which device they are using.

Johnson said while the use of mobile devices was going up exponentially and outpacing TV in terms of time spent on the medium, the marketing budget wasn't matching the growth profile.

“If you look at a marketing plan, only 10 to 11 per cent of the budget will be assigned to mobile, so there's a gap there,” Johnson said.

“We think that gap exists because of all the things I've been talking about, the cross-device problem … cookies don't particularly work well across platform.”

Facebook cites Nielsen data saying cookies are only really accurate 59% of the time, and claims that Atlas avoids the problem of retargeting the same consumer more than once as they travel between devices.

Johnson said the main stumbling block in Atlas gaining more traction in the marketing space was psychological rather than technical.

“When marketers say, 'I don't want to change, I like the way cookies work'...they don't really have a choice. Cookies don't work in a mobile device. Nobody wants to fix something that isn't broken, but this [shift] is creating a problem,” Johnson said.

Globally and locally, Facebook is leveraging a partnership with Omnicom to help do the selling. Right now, it's about education in the Australian market, and Facebook thinks brands are more likely to trust a media agency for that education piece than the sellers of that tech.

“We're very focused on working with the agency because we see them as strategic advisors. This is all new complicated stuff and it takes time for it to really sink in. It takes time for clients too,” Johnson said.

“The people in the know have known about Atlas for a long time but we have to educate people on what people-based marketing is – not just about what Atlas is.

“That's an initiative that takes time. So we're thankful for our agency partners, because they can relay that story to clients.”

Omnicom's CEO for Australia and New Zealand, Leigh Terry, said that the agency was constantly thinking about the best way to serve clients and was forced into channel-agnostic thinking to best serve the needs of the clients.

“In terms of partnering with Atlas, we're agnostic about technologies because there's no such thing as a perfect fit for every single client. From our perspective we need to be working with as many of those as possible so we can best fit which ones will work together,” Terry said.

“In the programmatic space we work with six or seven DSPs because some are better suited to certain clients than others.”