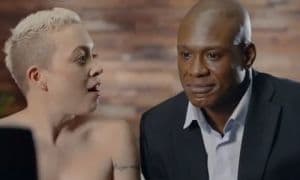 Condom brand Durex has taken part in research with Durham University, which found that the sexiest thing you can do with your mobile phone is the bedroom is turn it off.

The brand built hype around the announcement last week by touting that through a partnership with Siren Mobile, it was planning to launch the latest smartphone technology which would revolutionise people's sex lives. It turns out, it's something every phone has already, an off button.

Durex got couples to volunteer to test the technology, eager to give their love lives an uplift, and they were surprised to learn the answer lay in a simple switch that had been right in front of them.

A study by Durham University commissioned by Durex has been released alongside this video, which reveals that pervasive use of technology in relationships is seriously impacting how often we have sex, even cutting intercourse short and causing tension in relationships.

Researchers from Durham’s Centre for Sex, Gender and Sexualities revealed that 40% of those interviewed have delayed sex because of technology, largely smartphones and tablets, with others reported hurrying sexual activity in order to respond to messages.

A third of the couples interviewed admitted to interrupting sex to answer their phone. One participant said: “Sometimes I’ll be on Facebook and he’ll be on a sporting app while we are both in bed. We realise that we are literally sitting in bed together, but living in different worlds.”

Watch the video for yourself below: