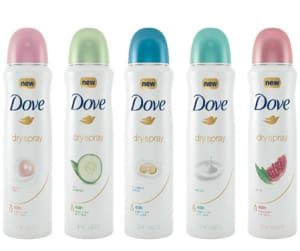 Dove is the latest brand to make a stand against President Trump with an ad campaign based entirely on 'alternative facts'.

The ad, which ran in British newspapers over the weekend, gives alternative facts (otherwise known as lies) about the brand and it's capabilities such as “ "New Dove antiperspirant increases your IQ by 40 points”.

The ads, created by Ogilvy London, pair the alternative facts with real facts about the products.

The Unilever brand has built its reputation on real beauty and truth for more than a decade, so the alternative facts/real facts is in line with what it stands for.

More and more tech companies are coming out against President Trump's executive order which puts a hold on people from seven mostly Muslim countries entering the US -regardless of whether they hold visa, refugee status or a Green Card. Companies including Starbucks and Airbnb vocally offering support and services to employees and people affected by the controversial moves.

CEOs of Microsoft, Apple, Twitter, Netflix, Uber, Airbnb and Tesla Motors have denounced the policy for a multitude of reasons spanning the damage it will do to people, business, innovation and the economy – as well as its questionable morality and being inherently “un-American”

The nonsensical phrase 'alternative facts' emerged last week when Kellyanne Conway, one of Trump's advisers, used it. It has since become widely debated, mocked and of course, turned into memes.

Press Secretary Sean Spicer was described as presenting “alternative facts” to the actual facts about the number of people who attended the inauguration. Chuck Todd, who was interviewing Conway at the time, had a more literal interpretation of what alternative facts are: 'falsehoods'. Otherwise known as lies.