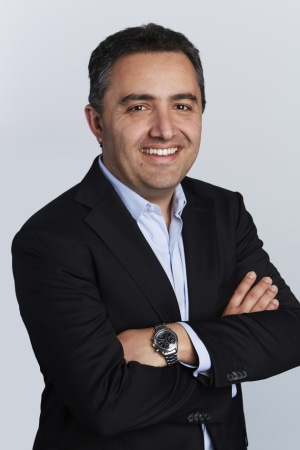 Domain’s move to programmatic advertising has cut into revenue growth.

Nine’s Domain group reported flat revenue for the half year as the pure-play online property classified business was hit by fewer listings and a move into programmatic advertising.

CEO Jason Pellegrino called the result “solid” and in line with expectations in the context of a property market downturn.

“We made the strategic decision to streamline digital media sales by transitioning to a fully programmatic advertising offering,” he says.

“As expected, this had a significant impact on revenue growth in this segment. The new model is lower revenue but much lower cost, providing increased margin.”

The results include a $177.5 million loss after tax related to the impairment of Domain Digital.

While digital revenues are rising they have been hit by lower listing and auction volumes, especially in Sydney and Melbourne.

Including the goodwill impairment, Domain reported statutory revenue of $186.3 million and a net loss after tax of $156.4 million.

“This is a solid result from residential in the context of lower listings volumes in key markets, where auction volumes declined 20% in Sydney and 19% in Melbourne,” says Pellegrino.

“Despite lower volumes in the market, yield growth has been achieved in every State. We are selling more premium products to more agents, who recognise the value we are delivering.”

“The late timing of Easter reduces current visibility into the Autumn selling season,” he says.

Nine became a 59.4% shareholder in Domain when it merged with Fairfax Media in December.

The company declared a fully franked dividend of two cents a share.

The first half numbers at a glance: