Domain: Influencing much more than property

By Domain, in partnership with AdNews | 12 September 2017 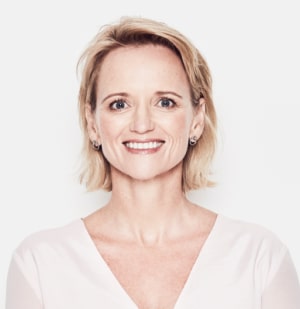 This first appeared in the AdNews print magazine September edition. You can download a digital version of AdNews and subscribe to the premium print edition here.

Spearheaded by passionate and outspoken CEO Antony Catalano, who has aggressively driven the company to become Fairfax’s shiniest asset, the media and services business has generated such success that in mid-November it will list as a separate entity on the ASX.

An indication of its triumph can be seen in its 2017 results revealed last month. Fairfax’s group operating EBITDA was $271million, of which, Domain’s EBITDA earnings accounted for $113 million. Some analysts continue to estimate that Domain would be valued more than Channel Nine or Channel Seven which are each worth $1.2billion.

Catalano is not alone in his dogged company ambition; with Cruickshank emitting the same entrepreneurial and feisty spirit – traits that permeate through the company’s culture.

Domain's headcount alone has rocketed from 200 to 800 in just three years, but how do you keep that startup spark alive at such scale?

“We have been through enormous change and growth as a business over the last few years and what the Domain leadership team has done – under our CEO Antony Catalano who is very much a people focused person – is place a lot of effort in keeping our culture healthy, happy and strong,” she says.

“It's not an easy task and we haven’t always got it right, but we all agree it has to remain one of the core priorities as we continue to expand. We have jumped from around 200 people to around 800 people and that involves a lot of change for a lot of people. I personally believe strong cultures come down to leaders. If you get the right people in the right roles, you don’t have to worry about motivation or high performance because they are happy and ambitious to do well for both the business and themselves.”

Fixated on creating a strong platform for revenue growth and assiduous in its investment in mobile, content is a key part of Domain’s success.

From local news items on property developments and advice on how to renovate for profit – to behind the scenes videos from Channel Nine’s The Block; features on where the global billionaire's playgrounds are and producing two series of comedic show Avalon Now – Cruickshank says quality editorial is key.

“Monetising our content became a natural extension as the scale of our journalism began to reach new audiences.

“We now have several bespoke content packages that sit comfortably alongside our regular news and property reporting.”
Cruickshank says content marketing was an adjacency to cover the cost of investing in journalism but it’s since been a “somewhat surprisingly strong growth channel” for Domain, which traditionally focused on residential listings for advertising revenue.

Domain recently went through a rebrand to reflect its new positioning.

“Advertisers might not have been aware in the past that we do see ourselves as a premium publisher – hence the launch of Domain Media,” Cruickshank said.

She adds that 2015 was about reinvigorating the Domain brand, making it become relevant, interesting and placing the focus squarely on mobile and content. 2016 was about communicating Domain’s premium audience and subsequent lead growth to real estate agents who at that point were really seeking competition.

Domain, which places a huge amount of development on mobile, ramped up focus on its property app as a business-wide initiative and its recent launch of a responsive site was a big step in moving away from legacy platforms.

“All of the above the line activity, including outdoor and TV, is dedicated to our property app which converts enquiries to agents at a very high rate,” Cruickshank explains.

More than 60% of its leads are now via its mobile app and average time per person per month sits at 55 minutes on the app.
Monthly, it sees five million Australians via print and online plus 1.3 million video views and has more than 1.2 million social followers.

“Our app is a strong product with high consumer ratings and will remain our focus,” she said.

Other strategy shifts saw the Domain lift outs that are distributed in the AFR, The Sydney Morning Herald and The Age, revitalised into premium magazines – based on advertiser feedback. Lifestyle editorial features, commercial residential packages and a raft of new media advertisers including ME Bank, King Living, Rolex and Harvey Norman also came on board.

Cruickshank, who has been at the business for three years, said the magazines have bucked trends and grown readership to 1.64 million, up from 1.5 million a few months ago. Hitting new records each month (March, April, May and now June) since re-launching at the start of the year.

ME Bank’s strategic marketing director Rebecca Kraut said: “We’ve really enjoyed the partnership and all the campaigns we have taken to market; States BBQ series, live Facebook auctions, the livability studies, everything was fantastic, engaging and drove an awesome result and we can’t wait to do it again.”

Domain welcomes the competitive landscape, and on the subject of power vs influence and how important both of these are when you are a brand/publisher, Cruickshank says it comes down to credibility and the ability to really make things happen.
She said Fairfax Media has been an incredible support over the past few years and has allowed Domain the time and space to grow solid foundations.

“Domain’s business and brand turnaround has also allowed us the courage and confidence to think for ourselves and run our own race. We don’t have the type of business that just does things because others are doing it,” Cruickshank says.

“Our journalists and economists are so passionate about property and data and naturally via our distribution mechanisms they have the ability to influence consumers. We take that very seriously and know that trust is what our consumers seek from us when it comes to the market. It's something our agents also respect us for.”

More slices of the pie

In its quest to be a part of every stage of the property journey, Domain has also been busy offering its visitors increasing utility connections, home improvement services and even home loans and insurance as it attempts to capture a greater share of revenue associated with the property market.

While some aren’t aware of the full extent of Domain’s offering, news of its ever-expanding services is translating and upticks across all areas are ramping up.

“Our new transactions business is diversifying our business via financial, utility and insurance partners,” Cruickshank says.
“We’ve got a clear growth strategy. Staying focused on our core while expanding into high margin digital businesses. We all feel highly motivated for the next Domain chapter.”