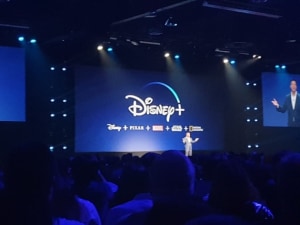 As the local launch of Disney's long-awaited streaming service Disney+ approaches, the content giant has made its first move to secure its position in Australia, stripping its library of content out of Stan.

The Nine-owned streaming business entered into a short-term deal with Disney for this year, adding the likes of the Marvel, Star Wars, Pixar and kids programming to its offering.

At the time, the deal was a major selling point for Stan, with the streaming services heavily advertising and promoting the deal, as sources close to AdNews indicating at the time that it would be used to drive long-term subscriber growth.

Speaking to the press at the Nine annual general meeting last week, Nine CEO Hugh Marks emphasised that the business was still "very confident" in the strength of Stan and its ability to turn a profit.

Marks also believed the entry of the content giant did not signal the end for Stan or other streaming players operating locally but declined to speak further on future relationships with Disney.

Disney+ launches tomorrow in Australia, a week after going live in the US. However, the launch of the services has not been without early teething issues, with users reporting bugs and error messages right from the start.

Disney issued an apology to those customers impacted by the problems, stating that it was due to demand having “exceeded our high expectations".

All eyes will now be on both Stan and Disney+, as both businesses look to capitalise on the popular children and family viewing market.

AdNews was present at D23, Disney's major conference that takes place every two years in the US, where the content giant indicated a strong interest in going after younger audiences, creating several shows and movies targeting the demographic.

Internationally, Publicis and Omnicom were the big winners in the Disney media account review last month, said to be the world's biggest media pitch in recent years and worth up to $US3 billion.

In Australia, Publicis-owned agency Zenith was given responsibility for the account.