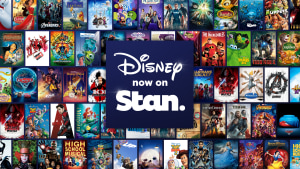 Subscription video on demand service (SVOD) Stan has revealed a new deal with The Walt Disney Company in Australia and New Zealand, which will see a wide portfolio of film and TV made available across the platform.

“Disney is one of the most iconic entertainment brands globally and we are very proud to be partnering with them to bring a huge collection of their biggest live-action and animated films and TV programmes to our customers," Stan CEO Mark Sneesby said.

"With hits from across all their biggest franchises including Disney Pixar, Marvel, Lucasfilm as well as Disney Channels’ TV series and movies, the deal further illustrates Stan’s ongoing commitment to provide our customers with the world’s very best premium entertainment.”

The Disney and Pixar on Stan offering includes famous family titles such as Toy Story one, two and three, Finding Nemo, Frozen, The Lion King, Cars and Cars 2 and Monsters Inc.

Marvel Studios and Lucasfilms are responsible for major box office films including the Avengers film series, as well as the Star Wars franchise.

Alongside the movie collection will be a huge selection of Disney’s kids TV programming from Disney Channel and Disney Junior.

Stan, which was previously a joint venture with Nine, is now solely owned by the new Nine entity, following the completion of the mega merger last week.

Foxtel will retain its own Disney programming across it’s Foxtel Disney Movies, Disney Kids channels and streamed via FoxFlicks, its on demand service. Foxtel also retains all of Disney’s new release movies available in the Foxtel Store.