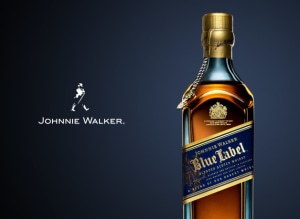 Developed in partnership with Diageo’s longstanding creative agency Leo Burnett Sydney, the TV ad follows the story of a university student who decides to take the step to follow true passion; his art.

The 45-second spot features a new take on Johnnie Walker’s ‘Keep Walking’ brand positioning and introduces a new tagline for the brand, 'The Next Step'.

“What we wanted to unlock with this campaign is what ‘Keep Walking’ means for Australians in 2018. Our brand research showed us that the way Australians define ‘progress’ is changing."

“Modern day progression in Australia has changed. We’re so used to seeing ‘progress’ displayed through the eyes of a celebrity or athlete, but with ‘The Next Step’ we wanted to reposition ‘Keep Walking’ in a way that is more relatable and personal to our audience,” says Leo Burnett Sydney ECD Vince Lagana.

“With that, we have also looked at refreshing the brand with a campaign that delivers a contemporary new look and feel.”

The campaign will be rolled out over the next 18 months and will feature across TV, out of home, and digital media.

Diageo, which owns alcohol brands such as Bundaberg, Smirnoff and Gordon's, has been refreshing its portfolio significantly over the two year as Australians' alcohol consumption continues to decrease.