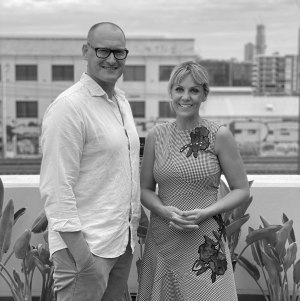 Over the last two years, DDB Melbourne has gone from an agency in strife to a force to be reckoned with.

Under the helm of managing director Kate Sterling and her new management team, the agency has gotten back on its feet and is set for another strong year of growth.

Sterling says 2019 was a monumental year for the agency as foundations were laid, new clients won and bonds formed internally between the team.

“We're always on a journey, but we are now at a stage where we have a strong culture and the management team is at the best that its been,” Sterling told AdNews.

“Last year was really just around growing the business. [It was about] making sure our existing clients continued to stay with us and that those relationships grow, but also just continuing the journey of growth as new clients are introduced to the business.”

The agency was involved in 13 pitches in 2019 with a success rate of ten new clients and projects, including retaining the Porsche account.

Up against some tough competitors, Sterling says it was a “fiercely contested” pitch for Porsche but retaining the account was one of the highlights of her year.

While pitches can often be tiresome, she says it brought the team closer together and boost the agency’s culture.

“There's a love-hate relationship with pitches because it can be tiring, it can suck the energy above and beyond what you need to get through the day to deliver great work,” she says.

“But also from a relationship point of view and a culture point of view, it forces you to get to know each other better and actually find out how you want to work and how you can actually thrive as an agency.

“It's certainly helped us speed up that exercise of getting to know each other.”

Moss joined DDB Melbourne from whiteGREY and has also held roles at other big agencies like CHE Proximity and Saatchi & Saatchi.

One year on from starting in the role, he says joining DDB has been a definite highlight, along with the pitch wins and being immersed in the agency’s culture.

“It's quite hard to pick yourself up the next day after a pitch, and go back to the clients that we already have within the four walls and keep doing amazingly good work for them, and keeping those relationships healthy,” Moss says.

“So I think we're a really tight family and I'm really proud of the fact that our culture was the thread that kept all those pitches, more wins than losses, and all of our existing clients happy as well.”

One other thing he noted when he joined DDB was the relationship between Sydney and Melbourne.

The comradery between the two offices came as a surprise to Moss who has worked in other agencies in both cities where the relationship is viewed as more of a rivalry.

“Having worked at other agencies with Melbourne and Sydney offices, it can get quite competitive and guarded at times,” he says.

“[At DDB] we've really been able to embrace each other regardless of the geographical location and share results, share insights, share decks and learnings - it has been fantastic.

“There's been no egos, no bullshit. It's just really a family in two different locations, that are really fighting for each other, which has been really refreshing from my point of view.”

With all these wins under their belt and more pitches to come, Moss and Sterling are happy with the pace the agency is growing at but won’t be pitching as much this year.

“The rebuilding is done and it's just about growth now,” Moss says.

“I don't think we want to be 200 people. I think we're really proud of what we've built in the culture here and we can lose that very quickly if we grow too fast. We feel very strongly about that, so we won't be pitching once a month this year.”

Sterling says the agency will focus on pitching as needed, usually as projects start to draw to a close.

In the competitive Melbourne market, she says there continues to be an increasing number of pitches for project-based work over retained clients.

“It's incredibly competitive, so it does make it difficult because everyone's hungry to grow like we are,” she says.

“I think it's hard sometimes when you've got work moving in-house and everyone's seemingly also scrambling to win what sometimes could be a lot lower budget.”

Once upon a time, budgets for project work would sit between $200,000 and $400,000 but Sterling says this figure has dramatically declined as marketing budgets dwindle.

Despite the decline, competition remains high as everyone tries to keep their business afloat.

Moss attributes the rise in short-term project work to the fast-paced world where someone is just an email or conference call away.

“A decade or two ago when you couldn’t email work across or you wouldn’t jump on a conference call to discuss it, you would have to talk about it face-to-face,” he says.

“That types of communication built trust and longevity in relationships. The world has moved on from that and we don't have those barriers to sharing work, talking about work or briefing each other.

“So, it's become a little bit more transactional on the relationship based.”

To futureproof themselves, Sterling and the team have focused on building a model that will be able to sustain both project and retained work.

The Melbourne-based agency is sitting at just under 50 people with a mix of both generalists and specialists and the bonus of being able to scale up with the Sydney team if needed.

“It's about the process. We are not a large agency in terms of employee size, so our agency is very involved, very agile,” Sterling says.

“We look at our processes and how we operate, on a weekly, not monthly basis and we're changing those all the time to meet different needs of clients.”

She boils the process down to having the right mix of generalists and specialists, an open and transparent management team and a culture that promotes flexibility.

“I don't think it's more complex than that.”

In 2019, DDB Melbourne retained Porsche, won the accounts for Asian insurance company FWD, B&D Group and SkyBus as well as projects for clients including Opera Australia and McCain.

“Above and beyond the day-to-day work, we want to as a management team, just to have more fun with the team and try to make sure that we press that into the culture, so that people want to stay around and we attract new people.

“Sometimes the days can get caught up in trying to grow the business and trying to make sure it’s the best it can be. We want this year to have a bit more fun, breathe a bit more, and just get to know each other.”