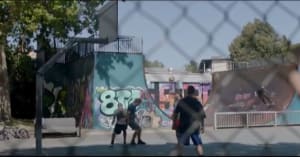 Pure Blonde's Latest campaign looks more like a Nike ad than a beer ad, according to its marketing boss.

The brewer is about to drop $10 million on a campaign that aims to position Pure Blonde as the number one beer for active Australians. It has also introduced a new variant 'Pure Blonde Premium Mid' a mid-strength beer with just 67 calories. Last year it also launched a low sugar cider under the Pure Blonde brand as part of a raft of innovations.

It follows Kantar brand tracker research that found 54% of Australian beer and cider drinkers define themselves as ‘healthy and active and exercise at least once a week. They also watch the food and drinks they consume and are looking for healthier choices.

From this reseach CUB says there is a market of 8.3 million active Australians all running, swimming and hitting the gym and looking for healthier alternatives.

Oppy, says: “We identified that Australians are living more and more active lives but found there was a tension between this and their desire to still be socially active and enjoy a beer with their friends.

“We saw an incredible opportunity to provide a low carb and low calorie offer for the growing number of actively minded mid-strength consumers.”

Clemenger BBDO Melbourne has held the CUB advertising account for a number of years but CUB has not discosed which agency created the Pure Blonde work.

The ad launched last night in prime time slots across Channel Nine and as part of the media spend it will serve the ad on screens in gyms.

CUB is not the only brewer promoting a healthier lifestyle. Heineken has been celebrating the success of its Heineken 3 mid-strength beer with a series of events.