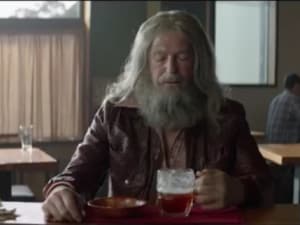 Over the last year fresh initiatives and a focus on new products in growth categories such as cider and low calorie, low alcohol products have helped CUB “rebalance’ its portfolio into growth, according to marketing director Richard Oppy. Over the last 12 months, he says it's had its best financial performance in 10 years turning from decline to growth.

“CUB has had one of the best years in decade – that is on the back of the success of our innovation. We relaunched Pure Blonde just over a year ago as an ultra-low carb beer with 80% less carbs and 50% less calories than wine. Off the back of simple TV ads, we got cut through and turned a double digit decline over five years into +20% growth. That’s a huge turnaround for a big brand.”

The drink, which is rolling out now claims to have 60% less sugar than an average cider. The launch follows the successful relaunch of Pure Blonde a year ago.

A $3 million TV and marketing push is due to kick off this weekend.

Since its relaunch a year ago Pure Blonde has seen a 58% uptick in women drinking the product, although it is still drunk by more men than women. CUB deliberately targeted Pure Blonde at health conscious women who previously steered clear of beer because of the calorie and carbohydrate content.

The marketing strategy for the new launch cider will follow the same format.

Oppy tells AdNews: “It’s a very simple message. It’s only a 15-second TV ad but it’s been one of our most successful campaigns because it’s cut through with consumers and driven top line growth.”

“A lot of people drink less beer because they think it’s full of carbs and calories. With cider, there are 4.3 million people who consider cider but don’t drink it and one of the reasons is that they think it’s full of sugar. So, we created a cider that tastes great, but it’s got 60% less sugar than regular cider. We’ve taken the same construct that people recognise with Pure Blonde. Its s simple 15-second ad that does the job. It’s the first time Pure Blonde has done a non-beer extension so that’s quite a big thing for the brand.”

Other innovations CUB is launching this season include Carlton Pale Ale on tap, a range of low alcohol ciders mixed with soda and Wild Yak – the next brand to launch under its Fat Yak craft beer brand.

A $3m campaign for Carlton Pale Ale kicked off last week during footie finals to showcase the easy drinking style of the new beer.

“This ad won’t win any awards at Cannes but it really dramatises a simple message for this easy drinking ale – we want to encourage people to try something different and not be afraid of ales,” says Oppy.

It’s also launching the Spring Cider Co. brand which is a range of 2% cider drinks, mixed with soda. It’s CUB’s attempt to offer a low alcohol alternative to sparkling water and soft drinks

“A lot of people at a BBQ will only have one or two drinks. So it’s a soft drink alternative. We’re going after a segment that we’re not paying in at all today and we see that as a way to increase the overall cider category,” Oppy says.
CUB works with Clemenger Melbourne on its creative and MediaCom on media.

The brewer is awaiting the finalisation of the SAB Miller AB InBev merger which is due to complete on 10 October following shareholder agreements. It would form the world’s largest brewer.