CRA calls for even playing field in ACCC submission 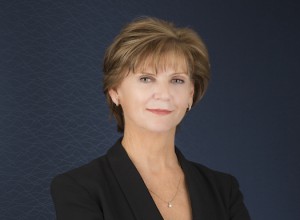 In December 2018, the ACCC inquiry into the impact digital platforms have on journalism in Australia released its preliminary report.

One of the recommendations in the report was the introduction of a Mandatory Standard to better regulate the take-down of copyright-infringing content on digital platforms.

In its submission to the inquiry, CRA backed this call and said it wants the watchdog to limit third parties from using Australian radio content, such as live radio streams and podcasts, without permission of the content owners.

“CRA submits that large digital platforms should be independently monitored, with the ACCC setting terms and conditions of access, to ensure that they do not use their market power to favour their own businesses or to divert consumers from the websites of content creators, thus appropriating revenue and reducing competition in the supply of media content,” the submission said.

“Typically, such sites provide ‘listen live’ links to station broadcasts or enable consumers to access stations’ podcasts. This diverts traffic – and ultimately advertising revenue - away from the stations’ own websites,” Warner said.

“We urge the ACCC to address this issue in the proposed Mandatory Standard, by requiring digital platforms to remove hyperlinks to copyright protected content at the request of the rights holder.”

The industry body also recommends that the ACCC’s proposed separate review to develop overarching regulatory framework for all platforms should include a focus on local content obligations.

Commercial radio is subjected to requirements such as the election advertising blackout rule, while digital platforms are exempt from any local content obligations.

CRA also rejected Facebook and Google’s claims that their ads are verifiable and said there was currently no regulatory means of holding platforms to account regarding claims of audience size.

It said a reliable digital audience measurement methodology should be imposed on digital platforms as a condition of access, and the collection of data be conducted by an independent third party.

Last week Google submitted its response to the ACCC, saying it should be treated differently to Facebook as it’s not a social media site.

Meanwhile, Facebook also hit back at the ACCC, saying it can’t solely be blamed for the crumbling news business model in Australia.

Free TV echoed some of CRA’s concerns last week in its submission. It called on the ACCC to address the "outdated" Australian content rules from the 1980s, stating the industry is overdue for change.