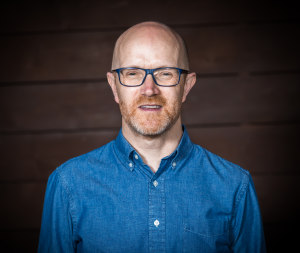 Facebook has hit back at the Australian Competition and Consumer Commission’s (ACCC) idea of a regulatory body to oversee its algorithm, and defended itself against claims it's responsible for the crumbling news business model in Australia.

In December 2018 the ACCC released its preliminary report on its inquiry into the impact of digital platforms on Australian journalism. One of the 11 recommendations was that a body be established to monitor both Google and Facebook's algorithms that determine how content is ranked.

Both Google and Facebook have criticised the idea, with Facebook vice president of APAC policy Simon Milner now rejecting the idea, adding it's not to blame for journalism losing advertising dollars.

“The ACCC has not made a case or provided any evidence for why they believe an algorithm regulator is a necessary, effective and proportionate response to the business model challenges facing news media,” Milner said.

“More importantly, people, not regulators, should decide what they see in their News Feeds.”

The ACCC chair Rod Sims has been critical of Facebook's algorithm, citing concerns about a lack of transparency in how it ranks news content and that it doesn't appropriately recognise original news content.

“The aim is that the regulator would provide transparency about how media content is treated by the algorithms,” Sims said.

“For example, is advertiser funded content ranked higher than paid content? How is news content which substantially reproduces other original content ranked? The regulator could then report, at a high level, on the results.”

Despite the criticism from Sims, Facebook has maintained its algorithm is determined by users. Currently a person’s feed is prioritised according to their friends and content they interact with.

It has also promised to be more transparent about its activities in the future.

Milner went on to say the digital giant isn't responsible for the decline of advertising revenue from journalism.

He argued that the Australian news industry has been in decline for nearly two decades, with newspaper circulation’s softening since the 1990s, the advent of 24-hour news cable channels, smartphones and sites such as Domain opening, being other factors contributing to the crumbling business model.

“Technology has impacted consumer behaviour in very dramatic ways, but turning the clock back won't be good either for news consumers or for the thriving online services industry that Australia has built,” Milner said.

The ACCC is expected to release its final report in June.