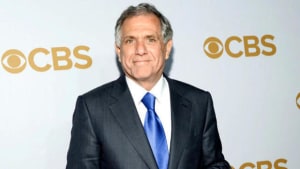 Parent company of Network Ten, CBS, has been left without a leader following the sudden exit of CEO and chairman Les Moonves, amid further claims of sexual misconduct.

The news comes as the boss of one of America's biggest television networks had further sexual misconduct allegations levelled at him, with American news outlet The New Yorker revealing another six women have come forward.

The chairperson position will remain open pending the appointment of a permanent CEO.

Moonves denies the claims, labelling the last round of allegations as "appalling".

CBS chief operating officer Joseph Ianniello will serve as president and acting CEO while the board conducts a search for a permanent successor.

Moonves and CBS will also donate $20 million to one or more organisations that support the #MeToo movement and equality for women in the workplace.

The donation, which will be made immediately, has been deducted from any severance benefits that may be due to Moonves following the board’s ongoing independent investigation led by Covington & Burling and Debevoise & Plimpton.

According to CBS, Moonves will not receive any severance benefits at this time (other than certain fully accrued and vested compensation and benefits). Any payments to be made in the future will depend upon the results of the independent investigation and subsequent board evaluation.

Moonves' information page on the CBS website has already been removed.

“We thank Les for his 24 years of service. Among his achievements, he established a strong management team, giving us great confidence as we accelerate our succession plans and provide continuity of leadership," CBS lead independent director Bruce Gordon said in a statement.

"This agreement maintains an independent board that is charged with determining the best course for the future of CBS on behalf of all shareholders.”

In August last year, it was revealed that CBS planned to buy Ten, as well as launch its subscription video on-demand (SVOD) platform 'CBS All Access' in the Australian market.

On an investor call last month, Moonves stressed the importance of growing international markets, singling out Australia as one of the key areas of focus.

Since acquiring Ten, CBS has already had a significant impact on the network, forcing the split between long-time local sales house MCN.