Coke to roll-out “one brand” packaging in Australia 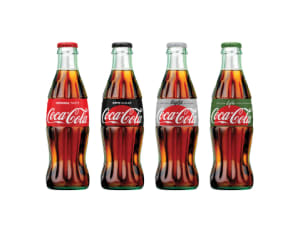 Coca-Cola has upped the ante on its masterbrand platform, with new cohesive packaging for its products to be rolled out in Australia next year.

The packaging sees the launch of a new graphic - 'The Red Disc' – which will appear prominently on packaging to link all Coca-Cola's products under one visual identity system.

The new branding will launch in Mexico first and be rolled out into other markets throughout 2016 and 2017. In Australia, the branding is expected to launch in 2017.

At the time, the brand called its “the biggest change in its marketing operations in its history”.

“Packaging is our most visible and valuable asset,” de Quinto says. “The Coca-Cola Red Disc has become a signature element of the brand, synonymous with great taste, uplift and refreshment.

“By applying it to our packaging in such a bold way, we are taking the next step towards full adoption of the “one brand” strategy, uniting the Coca-Cola family under one visual identity and making it even easier for consumers to choose their Coca-Cola with or without calories, with or without caffeine.”

In addition to “The Red Disc”, the new graphics will also include new product names and benefits for clarity. Coca-Cola will have “original taste” or “classic” written on the bottle, Coca-Cola diet will include the tag “Crisp Taste, No Calories”, Coca-Cola Zero will have “Zero Sugar” and Coca-Cola Life will include the phrase “Less Sugar, With Stevia Leaf Extract”.

“The unification of the brands through design marks the first time in our 130-year history that the iconic Coca-Cola visual identity has been shared across products in such a prominent way,” he says.

“When applied across packaging, retail, equipment and experiential, this new approach becomes a global design language that utilises a historical brand icon to present the range of Coca-Cola products available today in a contemporary and simple way.”

AdNews went to Hong Kong to meet de Quinto earlier this year for the launch of its new marketing strategy. To read more, click here.