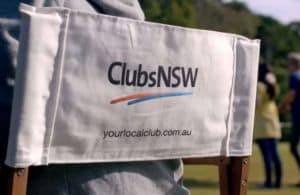 ClubsNSW is pitching its creative account in order to find an agency to be involved in the “next step” for the body to communicate the role clubs play in the greater community.

ClubsNSW is the peak body for registered clubs in NSW, a not-for-profit industry which employs more than 41,400 staff, includes more than 44,000 volunteers and is home to more than 5.7 million members.

Most recently the body created the Your Local Club campaign with agency Banjo which has run for the past three years.

ClubsNSW media and communications manager Carissa Simons told AdNews: “The Your Local Club campaign has showcased how local clubs are an integral part of the lives of people from all parts of society.

"While it has been a great campaign over the past three years, it’s now time for us to look at the next step in communicating the important role clubs play in our community.”

The previous campaign was led by a series of television spots featuring real members, it aired across metropolitan and regional NSW with supporting radio and in-club executions.

It is understood five agencies are in the running for the business.

According to Nielsen ClubsNSW had a main media spend of $1.7million in the 12 months ending August 2015.