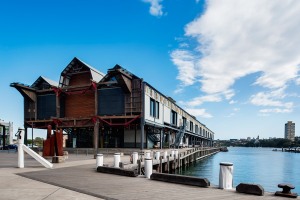 St Leonards has been the home of Clemenger Sydney for 34 years, but 2018 will see the BBDO agency move across town and take up residence in Walsh Bay alongside a host of other Sydney creative and media shops.

The 120 Pacific Highway address has been synonymous with the creative shop, but in recent years it has seemed more of a curse than a blessing, with many seeing the North Sydney address as a creative barrier.

The new finger wharf address, Pier 8-9, 23 Hickson Road, is currently the offices of Yahoo7 and sits alongside agencies including Atomic 212. It will be completely refurbished before the agency moves in.

Yahoo7 will move into new offices in Sydney's Australian Technology Park on 18 September.

The move has long been speculated and AdNews has heard many complaints over the years that attracting creative talent to St Leonards is becoming increasingly difficult.

Moving across the bridge to Walsh Bay puts Clemenger closer to the city, many of its clients and to the agency hub in and around Hickson Road and Windmill Street which is home to Publicis Groupe, Dentsu and WPP’s HQ on Kent Street.

It also comes several months after Ogilvy, Clems’ long-time St Leonards neighbour, moved over the bridge to a new development in Sydney’s Barangaroo.

Robert Morgan, executive chairman of the Clemenger Group says: “This building is perfect for the needs of our companies, well into the future. It has flexibility as well the ability to offer integration across the companies to better service our client’s needs. We look forward to making it a state of the art campus for all of our people and we believe it is an environment where we can give expression to our core philosophy of The Work, The Work, The Work.”

Pier 8-9 was built as a commercial wharf in 1910 and became offices in the 1990s when it was home to Murdoch Magazines.