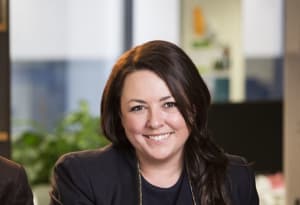 The results of the first annual Agency Circle diversity survey weren't surprising but they offer a benchmark for the first time, which will allow agencies to measure their progress.

While the results of the survey are averaged across the industry, and are all anonymous, Emily Perrett, managing director of Clemenger BBDO Sydney and chair of the Agency Circle, shared her agency’s results with AdNews as a way of showing that open transparent discussion of the topic is crucial to making progress - both for individual agencies and for the industry as a whole.

Read more about the results of the first story here.

Some of the findings were not as positive as she hoped, and have become the focus of attention to address, while in other areas the agency’s results were in line with expectations or were even better than expected. The same is likely true across all agencies that took part.

Here are some of the findings from Clemenger Sydney:

Clemenger has over the past 12 months introduced a range of initiatives and processes in response to the survey’s findings and where it needed to make improvements.

The concerningly high figure around sexual harassment led Clemenger to immediately issuing a follow up survey for its own employees to find out more. Perrett was concerned to find out if it painted a picture of what was currently happening on her turf or represented a culmination of experiences at previous agencies and years.

The industry average is that 42% of women have experienced sexual harassment during their career in advertising. At Clemenger this was higher at 45%, with 16% saying they have been sexually harassed “more than a few times”.

Perrett says the stats were “scary” but the initial question in the survey was “flawed” because it didn't define what people mean when they say sexual harassment and didn't ask responsiveness to clarify whether that was in their current agency or elsewhere.

The get to the bottom of it, as it’s such a sensitive topic, and many who have experienced sexual harassment in the workplace are unlikely to be comfortable when used for the details by their employer, the agency worked with research agency Hall & Partners to create a completely anonymous survey.

The follow up survey issued by Clemenger will also be made available to any other agency in The Agency Circle that wants to adopt it to better understand their own agency results.

Perrett says that’s the kind of IP and resource sharing the Circle is designed for.

Any agencies wishing to sign up become part of The Agency Circle and take the survey so they can start benchmarking their own performance and progress in these areas should contact Perrett before 1 September.

It touches on whether people feel they have been discriminated against, or are vulnerable to discrimination on the basis of any of those factors, if they believe ad agencies are any more or less sexist, or inclusive, than they were in the past, whether they have seen or experienced harassment, if people are over-sensitive on the topic, if their agency is supportive of flexible working for mothers and fathers, and equal opportunities.

Read Why Hallway is moving beyond gender diversity