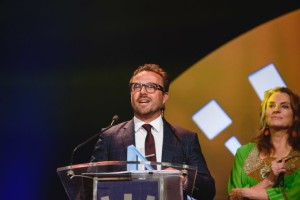 This interview forms part of our February content series on the 'Changing Nature of the Agency Model' that will explore remuneration, global pitches and different agency models. Subscribe here.

The industry has reached an exciting point in its evolution, but it’s also at a point of serious inflection, according to Clemenger CEO Nick Garrett.

Agencies are reviewing their models and investing in new ways of working, from Publicis’ Power of One to WPP’s horizontal strategy that drives integration across the group, but creativity needs to remain core to any agency’s focus.

Garrett, who leads both the Sydney and Melbourne Clemenger offices, said history will reveal what the right model for ad agencies and their holding groups is, but they can no longer afford to do nothing.

“There are a lot of agencies that are looking at their models and asking if they have the right balance between left and right brain capabilities, because to survive and evolve you need the right mix of both,” he said.

The other big question for agencies is around scale, Garrett explained in an interview for AdNews’ Changing Nature of the Agency model feature in our February magazine.

“The market is pushing us in two directions and there isn’t much space for agencies to thrive in the middle. Either you go deep into a specialism and are great at one or two specific things, or you build the capability to deliver great creativity through end-to-end solutions,” he said.

“There’s no right or wrong answer in terms of which end of the spectrum you sit, but agencies need to make a call on what they want to be, and they need to rush towards it at pace, because being caught in the middle will hurt a lot.”

Rewind six years ago and dozens of specialist agencies set up shop, specialising in mobile or digital. While some specialist offerings still remain relevant, more of these disciplines are being integrated back into larger creative agencies as clients became fed up with managing too many vendors.

Garrett said that some agencies have struggled to be great at all disciplines, from PR to martech, and maintain their creative clout throughout the organisation.

“The entire agency, no matter which department you sit in, needs to be empowered to think creatively to transform agency culture from having a creative department, to being a creative company. None of us have nailed it yet, but we’re constantly trying,” he said.

Garrett admitted that even Clemenger could lose its way if it's not carefull, which is why the agency redefined its purpose last year with the guiding principle: 'Creativity is always the answer'.

“I honestly believe creativity will play a bigger role in 2019. It’s clear that from the C-Suite down, the role and potential impact of creativity is becoming more and more important. We have proof that creativity can change elections, influence government policy and importantly, drive powerful outcomes for business,” he said.

“If marketing departments and agencies can continue to work together to prove commercial value to the C-Suite, then we have every chance of not only surviving, but thriving.”

Read more from our Changing Nature of the Agency Model content series here: