Andy Pontin to step down as Clemenger Sydney CEO 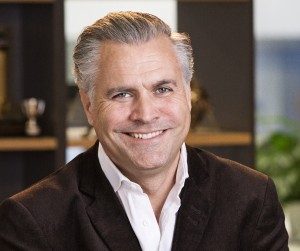 After nine years at the helm, Andy Pontin has decided to step down as CEO of Clemenger Sydney.

He will continue with the agency until June 2018 to ensure a seamless transition to his replacement.

Clemenger Group executive chairmain Robert Morgan says the business has had "great success" under his leadership.

“Andy and I have been in discussion for some time and he has been clear that he wanted to step back at the end of the year. I would like to thank Andy for his magnificent efforts leading Clemenger BBDO Sydney over this time. We have had great success under his leadership," he says.

Pontin joined Clemenger in 2005, initially running the group’s direct and digital businesses before taking over the reins at Clemenger BBDO Sydney. He has been a director of the Clemenger Group since 2009.

“We will take our time to plan his replacement as he has agreed to continue to work at the agency until June 2018," Morgan says.

In the last 12 months, Clemenger Sydney has undergone a shake-up of its management team with the exit of chief creative officer Paul Nagy and executive planning director Al Crawford. The agency announced last month it was moving out of St Leonards after 34 years and into Walsh Bay.