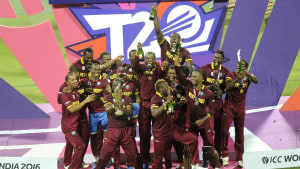 Full-service agency CHE Proximity has been appointed to the media account for the upcoming ICC T20 Cricket World Cup 2020.

The agency has been tasked with delivering media planning and buying services for the global cricket event, which takes place in Australia at the end of next year.

CHE won the account after a competitive pitch, joining a roster of "world-class" service providers, who will all work to deliver the event on an international stage.

The event sees major cricketing countries from around the world come together under the T20 code, the same style of 20/20 cricket played during the Big Bash League.

In 2020, Australia will host two ICC T20 World Cups, with the women’s and men’s tournaments to be played as standalone events across Australia. Both events will culminate in finals at the world’s largest cricket stadium, the Melbourne Cricket Ground.

“The standalone tournament structure of the ICC T20 World Cup 2020 will have a profound influence on the progress of not only T20 and cricket, but gender equality in Australia and across the world," CHE Proximity CEO Chris Howatson says.

"The Local Organising Committee represents the very best in their fields, and their ambition for this tournament to be a spectacular celebration to set the benchmark for all other global events is inspiring. It’s with exceptional pride that we are involved and can contribute to its success.”

This continues the solid start to the year for CHEP, which in February secured the creative accounts for both Aussie Home Loans and gas company Jemena.

The news of the appointment follows the ICC's decision in November last year to rename the ICC World T20 to the ICC T20 World Cup as part of its new global cricket strategy which launched this year.

The ICC has previously stated that it will look to use the T20 World Cup as a major promotional vehicle for other codes of the game.

In Australia, the Big Bash League suffered from sluggish ratings in its first season following the change in media rights last year, with the broadcast being sold to both Foxtel and Seven.

Cricket Australia also elected to extend the season, which some industry leaders told AdNews at the time, could cause viewer fatigue.

The ICC also has its annual world cup this year, which begins at the end of the month. This ICC World Cup utilises the one day international code. It will also see the likes of former disgraced players Steve Smith and David Warner return to the Australia side.