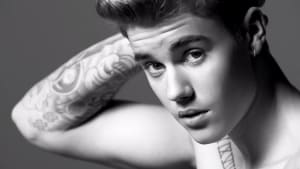 Charities should think long and hard before engaging celebrity endorsers, according to a new study.

UniSA PhD graduate Dr Janet Pretsell, who ran the study, said Australian’s are not motivated by the involvement of celebrities and such endorsements have a negative impact.

“Famous people do not have, as one celebrity I interviewed put it, ‘special powers to brainwash audiences’ and their involvement cannot, in itself, raise funds for that organisation," Pretsell says.

“In fact, a number of participating organisations reported that their most powerful ambassadors were ‘ordinary’ Australians with lived experiences that resonated with the target audience."

There has been a shift towards using “ordinary” or “real” Australians in advertising, such as Medibank’s ‘I am Better’ campaign and UBank’s ‘All I Need’ TV documentary, however it seems charities are still seeking celebrities as the face of their campaigns.

Pretsell says in response to emerging financial pressures and to support their fundraising initiatives, charities have been engaging celebrities as ambassadors in the hope they will encourage target audiences to donate.

Just this year Olivia Wilde starred as the face of a campaign for World Down Syndrome Day, and Matt Damon has encouraged people to donate to Water.Org.

The advantages of having a celebrity ambassador are clear: increased exposure, increased revenue, but the celebrity must be credible, explains Pretsell.

“Among the many lessons, the research revealed for Australian charities, one thing is clear – celebrity endorsement should be just one tool in the communications kit because there are limits to what it can deliver,” she says.

Pretsell says if brands want to maximise the effectiveness of celebrity endorsement, the brand needs to be clear about what it hopes to achieve before approaching a prospective ambassador.

“From there, an awareness of the full set of cultural meanings embodied by specific celebrities, how those celebrities are received by the target audience and the extent to which there is ‘fit’ between the endorser and the endorsed needs to be established.”

Do you think celebrity ambassadors are good or bad for charities? Comment below.