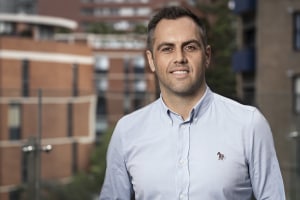 Network Ten has appointed Christian Williams as its director of 10 Interactive, the company's digital sales team.

Williams, who will be responsible for digital sales revenue and capability, including the integration of CBS Interactive’s trading platform into Ten's systems, joins from CBS Interactive in APAC.

He will remain CBS Interactive programmatic trading manager but will also work in tandem with the newly formed Ten specialist sales teams.

Reporting to Ten chief sales officer Rod Prosser, Williams is the final director to be appointed to the team, with the national sales manager role the last to be filled.

Current Seven sales boss Lisa Squillace is expected to be assuming the role, pending her current court case with the Fair Work Commission.

“Establishing a strong, future-focused digital sales capability is crucial to the success of Network 10’s new advertising sales team. Fortunately for us, we will be leveraging the world-leading resources, systems and technology of CBS to deliver advertisers a first-class trading experience," Prosser said.

"As someone very familiar with CBS’ sales systems and technology, Christian will make a fantastic addition to our team. With digital consumption and customer data availability increasing, Christian will be able to fast-track our digital capabilities, positioning us well for the future.”

Williams joined CBS Interactive in 2014 as revenue operations manager before being appointed the company’s Asia-Pacific programmatic trading manager in 2015.

Prior to CBS Interactive, Williams worked in operational roles at video games and entertainment publisher, Showdown, and programmatic and technology platform, Xaxis.

“10 has ambitious multi-platform content plans, opening up a lot of innovative and creative opportunities for its advertisers and under the 50s audience," Williams said.

"Having worked closely with Rod and the Network 10 team since CBS’ acquisition, I’ve seen their commitment to elevate their digital sales strategy as they look to bring their advertising sales capabilities in-house. I can’t wait to join the team and get straight into it.”

Ten's new team will be active in market from 1 January.