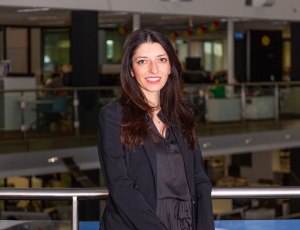 The new team will be led by current head of integration Tamar Hovagimian who will report to the recently promoted chief sales officer Rod Prosser.

“As brands search for new ways to build authentic connections with consumers – and to increase their share of voice – Ten Effect will work with advertisers and show producers to create truly engaging and effective moments in Network Ten’s market-leading content across multiple platforms," Prosser says.

“I’m thrilled that we have Tamar running Ten Effect. I have no doubt that Tamar and her team will continue to lead the market in brand integration and activation."

Ten has been on the hunt for a new sales team since it announced earlier this year that it would be ending its long-term partnership with sales house MCN.

Ten has not ruled out working with MCN to secure previous Ten sales team members from the agency as it transitions across to the new ad sales team, with the MCN partnership ending by 1 January 2019.

The company is searching for roles across Sydney, Melbourne, Adelaide, Perth and Brisbane and jobs include strategy, digital sales, sponsorship and integration, airtime sales, partnerships, sales operations, trading and business support, according to a job posted on LinkedIn earlier this month.

“I’m very excited to be a part of the rebirth of Network Ten’s advertising sales team," Hovagimian says.

Unable to disclose the size of the team, Prosser previously told AdNews the network is looking to establish an "agnostic and bilingual" sales team, suggesting the must be able to work across both linear and digital sales, with work already underway to set up a team that can work fluidly across the entire Ten portfolio.