CBS acquisition of Ten is finally a done deal 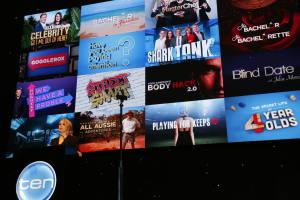 After months, the acquisition of Ten Network by US TV giant CBS has completed.

The deal includes Ten’s FTA channel and multi-channels ONE and ELEVEN as well as Ten’s online catch-up and streaming service, tenplay.

Leslie Moonves, chairman and CEO of CBS Corporation, says: “The closing of this acquisition marks the beginning of an exciting opportunity to build and expand on our close working relationship and the great legacy of Network Ten in Australia, and to paving the way for further multiplatform distribution opportunities for CBS content.

“I believe our ownership helps ensure that Network Ten’s business will grow long-term, while also benefiting the Australian media sector as a whole. We look forward to welcoming Ten and its employees to the CBS family.”

Paul Anderson, current CEO of Ten Network, adds: “We are delighted that the purchase of Ten by CBS Corporation, one of the largest and most successful media organisations in the world, has been finalised.

“CBS and Ten have had a strong relationship for many years. We look forward to expanding and strengthening that relationship, and working closely with CBS to build Ten’s presence in the Australian media industry.”

Last week, following the network's upfronts presentation, Anderson told AdNews the CBS deal gives Ten confidence to invest more in local content. He also cautioned against expecting any “dramatic” changes from the network immediately, although now the deal is official CBS is free to make changes how it sees fit.

Those changes could be in content programming, personnel and leadership and partnership deals.

There are question marks over Anderson’s position as CEO as foreign ownership regimes often bring in their own people, but last week he emphasised to AdNews that he is “obviously keen to stay on” and backed the leadership team in place at Ten.

There is also a cloud over the future of the deal with MCN, since the sales house is so closely linked with News Corp. Anderson also backed the strength of that partnership, saying “All of the things that we joined forces with them for – the technology, scale and efficiency – all those things still ring true and the results on that front speak for themselves.”