Cashed-up Clemenger on hunt for next acquisition 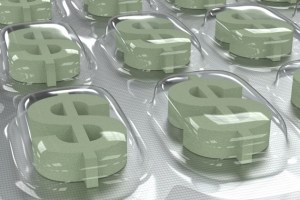 Clemenger Group is on the hunt for its next agency acquisition following a successful 2016-17, AdNews understands.

It is thought the group is likely to make an announcement in the first quarter of 2018, with the new entity being outside the remit of creative/media agencies and likely to be in the technology/platform space.

It's not yet known where the new entity would sit, given Clemenger Group has about 15 sub-brands in its stable. From Speed and CHE Proximity to Traffik and Marketforce – the list goes on.

AdNews understands Clemenger had initially considered and approached several agencies in this market including The Hallway, Atomic 212 and The Works - before the latter's acquisition by RXP.

Clemenger, part of Omnicom, continues to buck the trends of decline experienced by other holding groups, such as WPP and Publicis, achieving an overall revenue increase of +5% to US$432 million in 2016.

Driven by the success of Clemenger Melbourne last year and CHE Proximity's growth, the group is forecast to exceed its 2016 revenue growth, but is yet to reveal those figures.

With a string of acquisitions last year, there are fewer independent creative/media agencies left for the taking.