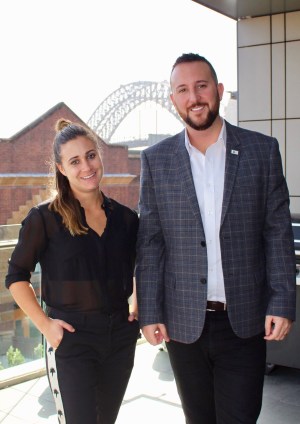 In her new role she will lead the national team of strategists to deliver against Carat’s proposition of understanding and "activating real people to redefine media".

Wright has been with Carat for more than a decade, operating in various role throughout the UK and Australia.

“In her new role as the most senior strategy talent at Carat, we are excited to see Danni redefine the boundaries for media led communications strategy, bringing our product and strategic prowess to the next level for our clients," Carat ANZ managing director Simon James-Williams says.

“Her passion for our industry is infectious and she pours her whole self into every challenge, always looking for new, different and better ways to solve the problem."

Wright says she is "thrilled" to be taking on the new role, adding that she found herself in a "privileged position" and was ready to lead the national team in its new direction.

The announcement of Wrights appointment follows a raft of executive changes within the business following the departure of former Carat CEO Paul Brooks.

Brooks exited the business last year and has since resurfaced at Nine, heading up the Sydney sales team. Carat revealed it would be scrapping the CEO role, appointing Williams to national MD.

Most recently, Carat Perth revealed it would also be bolstering its strategic operations, appointing Dick Laurie to the role of strategy director for the WA office.

Outside of appointments, Carat has also had multiple clients announce they will be pitching their media out of the agency.

Asahi announced it would look to consolidate the media buying and planning under one agency, with its alcoholic beverages currently handled by Vizeum, while Schweppes is handled by Carat, a foundation client for the agency.

Most recently, international and domestic airline Virgin Australia also revealed it would be reviewing its media services out of Carat's Sydney office.