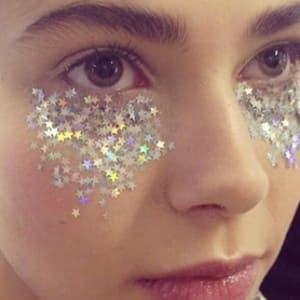 A Vodka Cruisers Instagram campaign has been banned for breaching advertising codes.

The booze brand was called out for advertising and marketing to children after it posted an image of a minor wearing sparkly make-up.

A complaint was made to the Advertising Standards Bureau (ASB) by Cancer Council Victoria. The charity claimed the post was “primarily directed towards children, as it consisted solely of an image of a child who appears to be under 14 years of age, and who is present in a highly childish fashion with star-shaped glitter under her eyes”.

The charity said other Vodka Cruiser Instagram posts also "appear to be directed to children".

The complaint also indicates the Asahi Premium Beverages-owned brand has a lack of care in terms of the age of followers.

Although the account states you have to be aged '18+ to follow', there is nothing to prevent under 18s from doing so.

After investigating the complaints, the ASB board confirmed the ads were promoting alcohol to children as the images featured a young teenager.

The board also urged the brand to remove other images from its Instagram account that depicted bottles of Vodka Cruiser among colourful confetti, and an image featuring a cut out paper heart saying 'V is for Valentine' where 'Valentine' had been crossed out and replaced with Vodka.

“This blatant breach highlights the need for stronger regulation to protect children and young people. Alcohol brands should not be using social media or any form of marketing to target young people.

“We hope this decision is a wake-up call for alcohol brands,” Jackson added.

Similar concerns about alcohol advertising to children were raised last year around out of home (OOH) alcohol campaigns. Following a spate of complaints, the alcohol industry was slapped with a series of legislative changes for OOH ads.

In July of last year, the ASB also expressed concern over alcohol companies in the US increasingly advertising on Snapchat, and, later in the year, a study revealed alcohol marketing had been linked to underage drinking.

The results found alcohol marketing is reaching a large number of Australian teens, causing young people to drink earlier and in a riskier fashion.