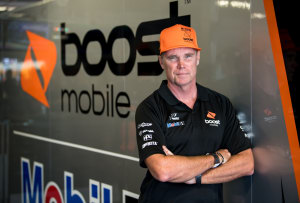 Boost Mobile won’t be signing broadcast deals anytime soon according to founder Peter Adderton, who labelled the strategy by competitor telcos to lock down exclusive sports broadcast deals as “flawed” and “alienating” for consumers.

Adderton, who founded the business in 2000, has since seen the telco become an international powerhouse with a strong presence in the US.

The business is known for its youth-based marketing and strong sport sponsorship alignment.

Despite itself having numerous sponsorship deals with sporting codes including surfing, basketball, extreme sports and NASCAR, Adderton says the road telcos are taking in Australia, locking down the rights to exclusively broadcast select sporting codes, is damaging consumer perceptions.

Currently two of Australia's major telcos have exclusive digital and mobile broadcast deals with major international and domestic sporting codes, including Optus and the English Premier League and Telstra with the AFL and NRL.

“Doing a deal with the World Cup like Optus did actually annoys more people because not everybody has Optus, then you add what actually happened and it's massively damaging to its reputation in that spcae,” he says.

“I don't know necessarily whether that was a good strategy. If you didn’t have Optus initially you missed out, that’s not a well designed approach to customer acquisition.

“Specifically itemising one code of sport or one code of content and thinking that's going to be enough to drive your business is narrow-minded.”

Instead, Boost Mobile, is refocusing its efforts back into the Australian market and is looking to create effective and “value-building” bundle offerings for customers.

Similar to how Telstra manages its rights deals with the NRL, AFL and Foxtel, Boost wants to create a better value proposition for it youth-orientated customer base by bundling streaming services such as Stan and Netflix into its deals.

“Exclusivity deals are dead. I think putting value in Netflix and Stan and all these other value-added cloud services as part of your package is really going to be the thing that drives the businesses forward.

“If your strategy is that you're going to spend a bunch of money - hundreds of millions of dollars buying sporting codes because 30% of your customers care about it, how is that doing the majority any favours? It’s not a strategy that's going to survive for the next three to five years because the market is moving way past exclusivity.”

Adderton says he plans to offer customers the opportunity to design their own content packages from an “a la carte style” menu instead of “force feeding” them content they have no interest in.

He says this strategy is reflective of what is going on in international markets and something that Boost Mobile is investing in heavily in the US.

Boost's annual marketing spend in America right now is more that $250 million, with a large sum invested in sporting deals. The provider also currently has nine million US mobile subscribers.

“It's really important to recognise in the ad marketing business today that there is a massive shift going on in America, which is coming to Australia

“It's the convergence of media - everyone used to say that content is king and I now say, "Yes but distribution is the emperor."

Adderton points to the growth of niche, extreme and e-sports as a indicator that it's no longer just about having a big sport that can be used as the foundations for customer acquisition.

He says it's about carving out a slice of a niche market and distributing the best content you can in that space.