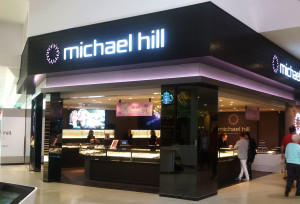 Bohemia has picked up the $10 million media account for jeweller Michael Hill, following a competitive pitch that included incumbent OMD.

OMD won the account in 2012 when Michael Hill moved away from UM, which it had worked with for more than a decade.

The move follows the departure of two CMOs at Michael Hill, including ex-McDonald's marketer Joe Talcott who exited in 2016, and Anne-Maree Shaw, who lasted less than a year in the position. Michael Hill has confirmed it is currently looking to fill the CMO position.

Michael Hill global brand manager Alison Green, who joined in February, says: “We are excited to be working with a new partner who understands integration at all levels of marketing communications.

"The passion Bohemia showed for our business and the expertise they have to support our growth plan were key contributors to their appointment."

With a 20 year plus history in Australia and 172 stores nationally, Michael Hill hopes to "unlock the next phase of growth" for its business with Bohemia as the agency takes the lead on its communications strategy, media planning and media buying.

Bohemia founder Brett Dawson adds: “From the first time we met with Alison and the team we felt a genuine connection. They have a great brand and a real ambition to challenge the traditional retail media model. It’s a privilege to partner with them and we are excited to get going."

Michael Hill was the only Australian brand to advertise in the 2015 Super Bowl. The campaign, by Colenso BBDO, asked viewers what they'd do for love.