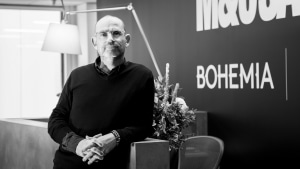 Having joined Bohemia Melbourne in February this year, media director Sam Westaway is already drawing battle lines between his team and the holding groups.

Following big wins such as Harris Scarfe, Racing Victoria and Plush, the agency is set to grow ranks from two to 12 by October.

Speaking to AdNews, Westaway says the Melbourne market is seeing a trend towards independent agencies, as clients begin to shift interest away from agencies belonging to major holding companies.

"In this marketplace, it does come down to the battle between a holding company and an independent – we are seeing that on many levels and it will be something that continues to change," he says.

"The element of independence is important, not being like the global guys means transparency in regard to media agreements because of our dynamic investment model."

He says this also applies to culture, stating Bohemia's is far different from a global footprint culture, which, in his experience, is "artificial" and "print manufactured".

Westaway says the integrated offering with M&C Saatchi is a clear point of difference for the agency in the market and its own independent process allows it to be "best friends" with any creative agency.

The agency believes the benefits of its model centre on an increase in creative probability, speed to market and in market media and creative optimisation.

"It puts an individual brand creative idea at the centre of the operating system, rather than holding companies pre-determined deals," he says.

"It's also the way that we are able to approach the market from an integrated offering with M&C Saatchi."

Moving forward, Bohemia won't rule out pitching to current M&C Saatchi clients, however, it won't be "jumping on" everything, as the agency will evaluate each client and ensure they are best suited for the business.

Westaway says the agency will be "tempering" its growth to ensure "100% delivery" on current client needs and desired marketing outcomes.

"Pitching to existing M&C clients is something we have discussed and its probably more part of future plans but we are respectful of the fact that they have existing media agreements," he says.

"We've had a lot of people come to us, asking us to pitch for their business because they're after an independent offering and it's been remarkable the amount of attention we have been getting in that regard."