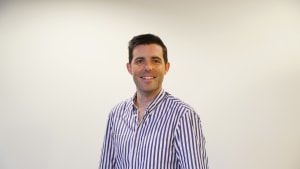 Bohemia has appointed James Boardman as the media agency's new national strategy director, a newly created role within the buinsess.

Boardman arrives from GroupM agency Wavemaker, where he held the same role for more than two years.

He first joined the GroupM fray at MEC in 2011 in London, before relocating to the agency’s Australian office three years later where he was promoted to lead the strategy team. He had been within the WPP network for more than eight years.

In 2016, MEC merged with GroupM agency Maxus to form Wavemaker and Boardman took on the role of national head of strategy for newly launched agency.

In his role at Bohemia, Boardman will lead the strategy team nationally to deliver creative and media integration across the M&C Saatchi Group and with Bohemia’s other creative partners.

Boardman’s track record includes pitch-winning work for Johnson & Johnson and Vodafone during his time in London, as well as leading the Wavemaker Australia team to secure accounts including Nestlé, NSW Government and Mitsubishi.

“We searched locally and internationally to fill this role and James was the standout candidate," M&C Saatchi group head of integrated strategy Sophie Price said.

"His reputation precedes him. I’ve been in this business a long time now and I can honestly say James is one of the smartest, nicest people I’ve ever had the good fortune to work with.

“We are delighted he’s become a Bohemian. Together we are going to continue to drive a world-class integrated creative and media offering within the M&C Saatchi Group.”

The appointment signals a closer working relationship between Bohemia and fellow M&C Saatchi Group creative agencies since it was acquired in early 2017.

Speaking to AdNews late last year, Bohemia CEO Brett Dawson said that the media agency would continue to work towards a shared strategy, with both Bohemia and M&C Saatchi leaning on each other to develop more integrated client solutions.

Boardman was also one of AdNews' emerging leaders in 2018, for the full list head here.