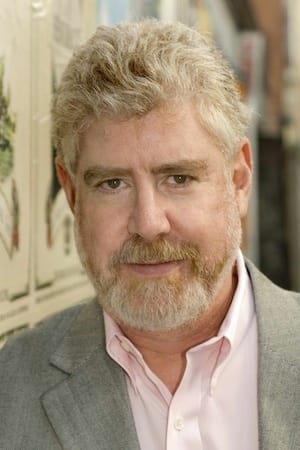 Heavyweight advertising writer, media commentator and columnist Bob Garfield has taken another swing at native advertising. He thinks it will destroy the media industry and that publishers rushing headlong into the new blurrier advertorial are dropping their pants for pocket change.

Writing in The Guardian today, Garfield, a former Ad Age editor-at-large, USA Today columnist and Washington Post contributor, describes native advertising as a deal with the devil. Major publishers around the world are eagerly signing up, yet, writes Garfield, "the money so unchastely earned will be far too little to save anyone ... Selling its soul buys a sinking newspaper precious little time".

With news media in "existential crisis" there are "no picky eaters in a famine". Garfield accepts that the internet has destroyed newspaper business models, people don't click on ads, they are being smashed on rates by media buyers and brands can produce interesting content. But if brands are sure that their stories are so good, why the need to masquerade as editorial as sponsored content? "There is no justification for misleading readers," he states.

Garfield has lasted almost four decades in media through being largely on the money – interestingly, he once predicted Amazon would become the "dominant online force with a significant social-media component over the next 20 years" and that a shift to an app environment could overthrow the current internet world order.

He is one of the most vocal and quotable opponents of native advertising. In the US, where native advertising has caught the eye of the Federal Trade Commission, he has described it as "a racket" and the equivalent of a guano island economy undermining itself. As Ad Age reported in December, Garfield told the FTC-organised workshop that "with every transaction, publishers are mining and exporting a rare resource: trust. Those deals will not save the media industry. They will, in a matter of years, destroy the media industry: one boatload of shit at a time".

Interestingly Garfield's latest warning comes via The Guardian, which has been deploying native advertising for years, securing interviews with sports stars in return for a plug from their sponsors (see an example of what some of the paper's readers make of that approach here).

Now the trend has reached Australia and it seems everyone's at it, new and old. As well as The Guardian, The Mail Online, with launch expected imminently, will use native advertising. BuzzFeed, which launched its local unit last month, is funded largely by native advertising. News Corp and Fairfax have big plans, with the latter recently calling its approach "native 2.0" and claiming engagement rates from readers approaching that of its editorial at a seminar dedicated to the topic hosted by the IAB. This week Yahoo!7 relaunched its native advertising platform with Telstra on board, and said other brands were lining up to test the water.

Others publishers are unconvinced. Pac Mags boss Peter Zavecz  recently described it as the emperor's new clothes, that magazines had been putting advertising within context "since the first native was born ... If content is king, context is god, and people now understand that and call it native".

The blurring of the lines issue has been raised here too, although there has been no mooted watchdog-led workshop. But Garfield's eloquent point about trust is fundamental. In a world of almost endless free content and rapid eye movement, people by and large tend to go back to the sites that they trust. That trust and loyalty took a long time to build. If it is sold off, what's left?