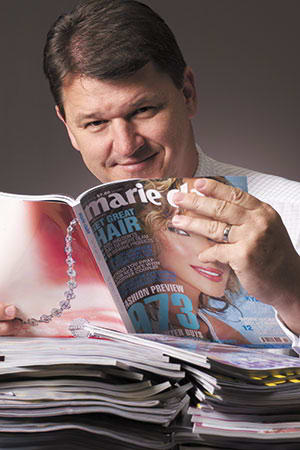 Native advertising is the “emperor's new clothes” and magazines have been doing it “since the first native was born”, reckons Pacific Magazines boss Peter Zavecz.

Publishers have been piling into native advertising as they seek to arrest declines in ad revenues. Fairfax recently outlined its “native 2.0” strategy at a conference hosted by the IAB; where Buzzfeed also outlined its own strategy.

But Zavecz said it's nothing new and that the reason publishers are heralding it as such is because click through rates are so low and half of clicks “are by mistake”.

He said magazines such as Vogue were stuffed with 'native advertising' – called adverts. “It is full with adverts up the front of the magazine”, adverts that are in context. “If content is king, context is god, and people now understand that and call it native.”

Zavecz said he predicted less steep declines for magazines this year, but did not go as far as Bauer counterpart Tony Kendall in suggesting a flat year. On the back of solid readership numbers via EMMA, Zavecz claimed that Pac Mag's total reach was not far off that of Facebook's. He claimed that Pac Mags had 8 million readers per month “but that increases to 12 million when you ad in social, media online, events and [mag related] TV.”

Monetising digital publishing was “a gradual process” he admitted, and said it was crucial to be brought in early when it came to budget allocation, given Pacific Magazines was “part of the largest media conglomerate in Australia.”

Digital revenues would “possibly be double digit in time”, but print remains “trusted by consumers... which is why they are still paying for magazines when everything else is free.”